This edition of “5 Things We’re Watching” includes a rundown of key bills we’re monitoring, input from a pharmacy leader on his experience with Medi-Cal Rx over the last few months, and the American Nurses Association of California’s work to address the state’s nursing shortage.

Asm. Wood’s AB 2530, a bill that would require Covered California to create a financial assistance program for individuals who lose their employer-sponsored health insurance due to their participation in a labor dispute, recently passed the Assembly Committee on Health. Wood said the bill is critical to ensuring the continuity of affordable health coverage, but CAHP raised concerns about the bill’s timing and claimed that it gives a more generous coverage option to this specific group of individuals than to individuals who lose their insurance for other reasons.

The Senate Health Committee earlier this month advanced SB 923, which would require cultural competency training for staff of Medi-Cal managed care plans and commercial plans to improve their ability to provide gender-affirming care to transgender, gender non-conforming, and intersex individuals. Bill sponsor Sen. Wiener said it’s a response to restrictions on gender-affirming care being pursued in other states. CAHP said it’s working with bill sponsors to address the organization’s concerns about the requirements it places on plans to administer these trainings.

2. Pharmacists being incorrectly compensated for certain medications under Medi-Cal Rx

Obstacles that emerged for pharmacists during Medi-Cal Rx’s initial rollout in January have for the most part subsided, according to Dr. Ken Thai, CEO of 986 Pharmacy. Thai told State of Reform that he believes DHCS has accomplished its goal of standardizing Medi-Cal prescription drug delivery, and that initial concerns over inconsistent payments and technology issues resulting from the transition have largely been resolved.

Thai did note, however, that pharmacists aren’t receiving full reimbursements for certain expensive medications for individuals with complex diseases such as HIV—which the state is required to provide under Medi-Cal Rx. “In many cases, we [are] losing money on some scripts that would pertain to medications in that category,” he said. Thai also noted that the Medi-Cal Rx training sessions DHCS is conducting would have been more beneficial earlier on in the process, or even prior to the program’s rollout.

“COVID, if it’s done anything, it’s essentially forced us all to pull together as opposed to split apart. So we’ll have very open and honest conversations with hospital CEOs, CEOs from medical groups and so forth as to what we can do to best serve a patient population. And it really is a camaraderie, a true partnership pulling together to make sure the patient population is served,” he said. 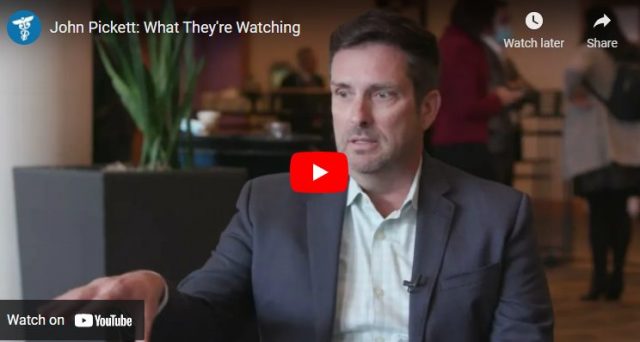 The analysis outlines several potential solutions to the shortage including both digital and in-person programs to accommodate the skillsets of nurses of all ages. Recommendations include providing nurses designated stress reduction time during the day, lessons on relaxation techniques, and a way for them to anonymously vent to their colleagues.

As part of its effort to safeguard health coverage for the Californians whose insurance is threatened by the upcoming end of the PHE, DHCS is training providers, managed care plans, CBOs, and more to become “DHCS Coverage Ambassadors.” A DHCS spokesperson said the ambassadors will “deliver important messages to Medi-Cal beneficiaries about steps they can take to help maintain their Medi-Cal coverage after the COVID-19 PHE ends.”

DHCS is working with counties, other state departments, health plans, and community partners to develop strategies for extending Medi-Cal coverage for beneficiaries once the PHE ends. The agency emphasizes that one of the most important things for beneficiaries to do is report any changes to their income, pregnancy, new household members, or change of address to their local county Medi-Cal office.