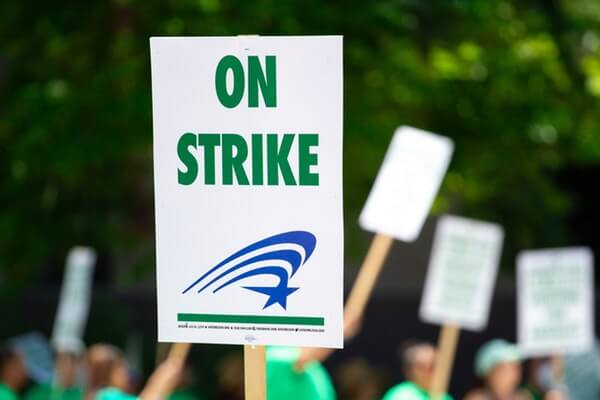 A bill intended to protect the health insurance coverage of workers involved in a labor dispute and their families moved out of the Assembly Committee on Health this week.

Assembly Bill 2530, sponsored by Asm. Jim Wood (D–Eureka), would require Covered California to administer a financial assistance program to help Californians obtain and maintain health benefits through the exchange if that individual loses employer health care coverage as a result of a labor dispute.

Specifically, the bill designates an individual who has lost minimum essential coverage (MEC) from an employer as a result of a labor dispute to receive the same premium assistance and cost-sharing reductions as an individual with a household income of 133% of the federal poverty level, and not be subject to a deductible for any covered benefit.

Wood emphasized the importance of this bill in ensuring that striking workers have access to affordable health care coverage not only for themselves, but for their family members.

“Although affordable coverage through Covered California is currently available to individual workers who lose benefits due to a labor dispute, premiums for family coverage can cost as much as 30 or 40% of the family’s income,” he said. “In addition to cost concerns, workers and their families must wait until the first of the next month to be covered through Covered CA, and this means there will be a gap in coverage, leaving families without health insurance for weeks.”

Yulisa Elenes, representing Unite Here Local 2850 and testifying in favor of the bill, discussed how important this bill was for her union’s members.

“Our members are low-wage workers, and lack of coverage as a result of a strike could be devastating,” she said. “No worker who goes on strike should have to have their health insurance weaponized against them by their employer.”

B.K. White, representing USW Local 5, also testified in favor of the bill, emphasizing the necessity of health care for striking workers, including his own union.

“In the last two years with COVID, we’ve seen how important health care is, and at this time, I don’t believe my members can afford to lose it,” he said. “The legislature and the government have provided critical protection for public sector workers this year by ensuring striking and locked out workers continue to have access to lifesaving health care. It’s time to finish the job and extend the protections to workers in the private sector … We believe without protection on health care, our members may not stand up like they should and fight for the rights they deserve.”

Nick Louizos, representing the California Association of Health Plans (CAHP), voiced some of the “oppose unless amended” perspective at the hearing. He discussed operational and timing issues CAHP had seen in the bill, highlighting that health plans are currently filing their benefit designs and rate filings with state regulators, and that plans need adequate lead time to create these benefit designs.

The bill ultimately passed in a 9-1 vote, with the sole opposing vote coming from Rep. Marie Waldron (R–Escondido).