Eli Kirshbaum has been doing great work leading our reporting of California health care and health policy. He is part of a seven-member newsroom led by Emily Boerger, our managing editor. It’s a strong team I’m very honored to be a part of.

Next week’s election may not amount to much. Public polling has Gavin Newsom consistently ahead in his recall campaign, if by less than he might like. If it goes the other way, however, it would be an earthquake the likes of which we haven’t seen since the World Series quake in 1989. Only 5 days left till results come in.

With help from Eli Kirshbaum

Ahead of the last day of session tomorrow, lawmakers have spent the past few weeks working to advance their legislation. Several health bills, including initiatives to establish an Office of Health Care Affordability, eliminate deductibles on prescription drugs for individuals with chronic diseases, and establish a Health Equity Fund have been turned into two-year bills and will continue to be pursued next year.

AB 347, which would expedite the utilization management process, SB 637, which would mandate staffing level reporting from hospitals, and SB 368, which would require health plans to track enrollees’ accrual toward their annual deductible, are all still active and nearing passage. A bill to create a Rare Disease Advisory Council was unanimously advanced in both chambers and now awaits Gov. Newsom’s signature. The governor has until Oct. 10 to sign bills into law.

Despite California’s historic health equity investments this year, advocates say more must be done to address inequities in the state’s health care system. In particular, the proposed $100 million Health Equity and Racial Justice fund didn’t come to fruition, despite legislative support. While lawmakers and Newsom have committed to using $300 million to fund health equity initiatives in FY 2021-2022, concrete funding plans have yet to be established.

Both Kiran Savage, Executive Director of the California Pan-Ethnic Health Network, and Lynn Silver, Program Director at the Public Health Institute, told State of Reform that stakeholders need to continue to advocate next year to ensure the state uses part of this $300 million to establish the Health Equity fund. “We are planning on holding the government and the legislature accountable to that commitment, and look forward to seeing that funded next year,” Savage said.

Telehealth use in California’s safety net hospitals increased from 4% before the pandemic to 55-75% post-pandemic, according to a recent CHCF analysis. The analysis also found that behavioral health visits increased between February and April of 2020 due to a decrease in no-show rates that’s likely attributable to telehealth removing the requirement to travel to appointments.

4. Sutter lawsuit finalized, serves as “roadmap” for rest of country

On Aug. 27, the Superior Court of California finalized the settlement for UEBT’s years-long lawsuit against Sutter Health. The settlement, which Sutter agreed to in Dec. 2019, requires the health system to pay $575 million to employers and union workers for alleged monopolistic business practices. The litigation began in 2014, when employer groups accused Sutter of using its market power to raise health care prices in Northern California.

Elizabeth Mitchell, president and CEO of Purchaser Business Group on Health – which helped convene employers and unions to file the lawsuit – told State of Reform the settlement’s provisions should be implemented throughout the country in order to hold health systems accountable. “…We believe that implementing some of the injunctive relief provisions, like banning gag clauses and requiring transparency, would actually be beneficial across the country,” she said.

A recent report from the Prison Policy Initiative claims California has failed to adequately protect its incarcerated population from COVID-19. Even though it received a “C” grade, California ranked second highest in the nation – illuminating the entire country’s failure to mitigate the disease in prisons. The report evaluated state corrections departments’ actions from March 2020 to July 2021.

California’s high ranking is largely due to its widespread vaccination efforts, which include prioritizing prison populations in its vaccination campaigns and requiring prison employees to get vaccinated. The state was also given points for implementing policies to suspend incarcerations for technical violations, accelerate releases, and allow medical or compassionate releases. California ranked among the highest for addressing prisoners’ basic health needs. This includes providing masks and hygiene products to prisoners and eliminating copays for inmates’ health care services. 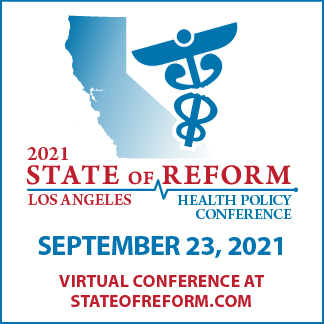