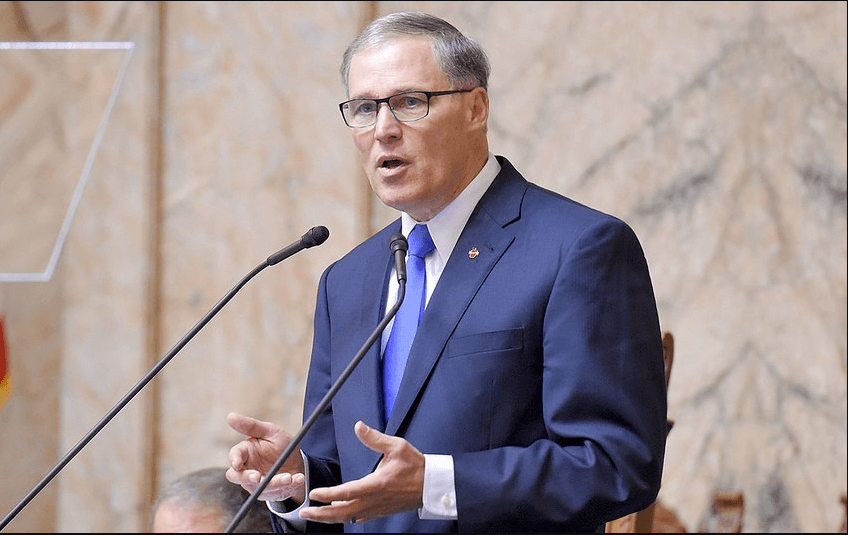 In the face of an exploding wave of COVID-19 infections, driven by the highly-contagious omicron variant, Gov. Jay Inslee today announced the state is acquiring 5.5 million at-home tests for residents.

These state provided tests are in addition to plans announced by the Biden administration to provide rapid tests nationwide. In addition to more tests, Inslee said the state already has the tools to address the omicron wave, including wearing KN-95 or N-95 masks, getting vaccinated and boosted, and avoiding unnecessary large gatherings.

Infections from the omicron variant have been exploding in recent weeks. According to the New York Times, the seven-day average of daily new COVID infections was roughly 7,200 on Jan. 4, higher than in any previous peak. The University of Washington’s Institute for Health Metrics Evaluation predicted in December that 60% of the U.S. would catch omicron in the following two months, with more than 90% likely experiencing no symptoms.

While there’s indications that omicron may be less deadly, and result in fewer hospitalizations, than previous variants, its increased transmissibility will still strain hospitals. Inslee said already there has been a 46% increase in daily hospital admissions due to COVID.

“We have serious concerns about our hospitals becoming overwhelmed,” he said.

However, there are no current plans to issue a statewide critical care designation. At the same time, Inslee told residents to prepare for disruptions to daily life as the variant causes staffing shortages.

Despite this, Inslee said there are no plans to require schools to regularly test their students. Instead, the state guidelines will remain focused on testing students who may have been exposed even with omicron’s increased transmissibility and asymptomatic infections. Since in-person schooling resumed last fall, the state has taken a multi-layered approach at preventing and containing outbreaks, although Inslee said there would be updates to its Learn to Return program in the coming days.