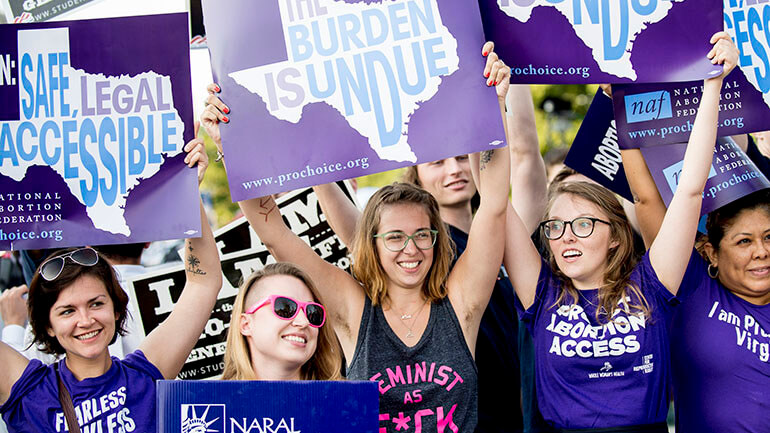 Early voting in the November midterm elections began in Texas on Monday. Texas Equal Access Fund (TEA Fund), one of the litigants in a high-profile lawsuit against the state’s abortion ban, took to social media to remind Texans to cast their ballots early.

Today is the first day of early voting in Texas! Elections impact many issues that affect our everyday lives like education, health care, and the economy. If you can, we highly encourage you to cast your ballot early! Find more info at https://t.co/byMR0vBS4u. pic.twitter.com/KRUEgNLbLW

Abortion advocacy groups in the state have been actively campaigning for abortion access and reproductive rights since Texas banned abortions past 6 weeks into pregnancy in September of 2021.

After the Supreme Court’s decision to overturn Roe v. Wade in June of this year, the state’s trigger law took effect in August, which imposed a near total ban on abortion as well as criminal and civil penalties on abortion providers who violate the law.

Abortion providers and funds including TEA Fund and Fund Texas Choice, which had been assisting pregnant women in the state access abortion prior to the trigger law taking effect, filed a federal class action lawsuit against Texas Attorney General Ken Paxton to head off possible state prosecutions for helping Texans gain access to legal abortions in other states.

US District Judge Robert Pitman granted a motion earlier this month that was filed by pro-choice groups to have Paxton take the stand and testify in the case. According to court documents, Paxton, who is running for re-election against Democrat Rochelle Garza, fled from his home in a truck driven by his wife, State Senator Angela Paxton (R – McKinney), to avoid being served a subpoena last month.

Paxton tweeted that he fled the “stranger” because he feared for the safety and well-being of his family.

Caroline Duble, Political Director for Avow Texas, told State of Reform the events of the past year have galvanized abortion activists in the state to push back against Republicans.

“A lot of Texas advocates will say that the actual day that Dobbs fell, we knew it was coming, and it was almost like a release,” Duble said. “We’d already been working under post-Roe conditions for months. And so it just gave us the chance to absorb all of the national support and attention that was turned toward us and keep mobilizing people.”

A recent survey sponsored by Planned Parenthood Texas found that the state’s Republican anti-choice agenda is notably unpopular with Republican women across the state and Hispanic women in South Texas.

A majority (74%) of surveyed South Texas Hispanic women support abortion rights in all or most cases. In fact, 80% of Catholic South Texas Hispanic women said abortion should be legal in all or most cases. While only 33% of Republican women statewide said they supported abortion rights, a majority of them opposed criminalizing abortion (51%) and sentencing doctors to life in prison for performing an abortion to save the life of a mother (81%).

Avow has been channeling this sentiment in its electorate work, text banking, phone banking, and sending email pieces to help pro-choice candidates get elected. Avow Texas plans to work with officials who get elected in November to pre-file bills that would repeal SB 8 in the upcoming legislative session.

“The political landscape might not be ready to support [HB 4389] in Texas,” Duble said. “It might take a few more years to get us to that place where those [initiatives] can actually pass. But just having something called the ‘Abortion Is Healthcare Act’ filed in Texas and just having it in a committee hearing or being put on the record is a big deal in and of itself. We see there is a culture change.

There’s a lot of work to be done. The focus of abortion rights advocates [is] engaging in politics and in session. But really, so much of our work has to do with cultural change and making sure that the voters understand this issue.”