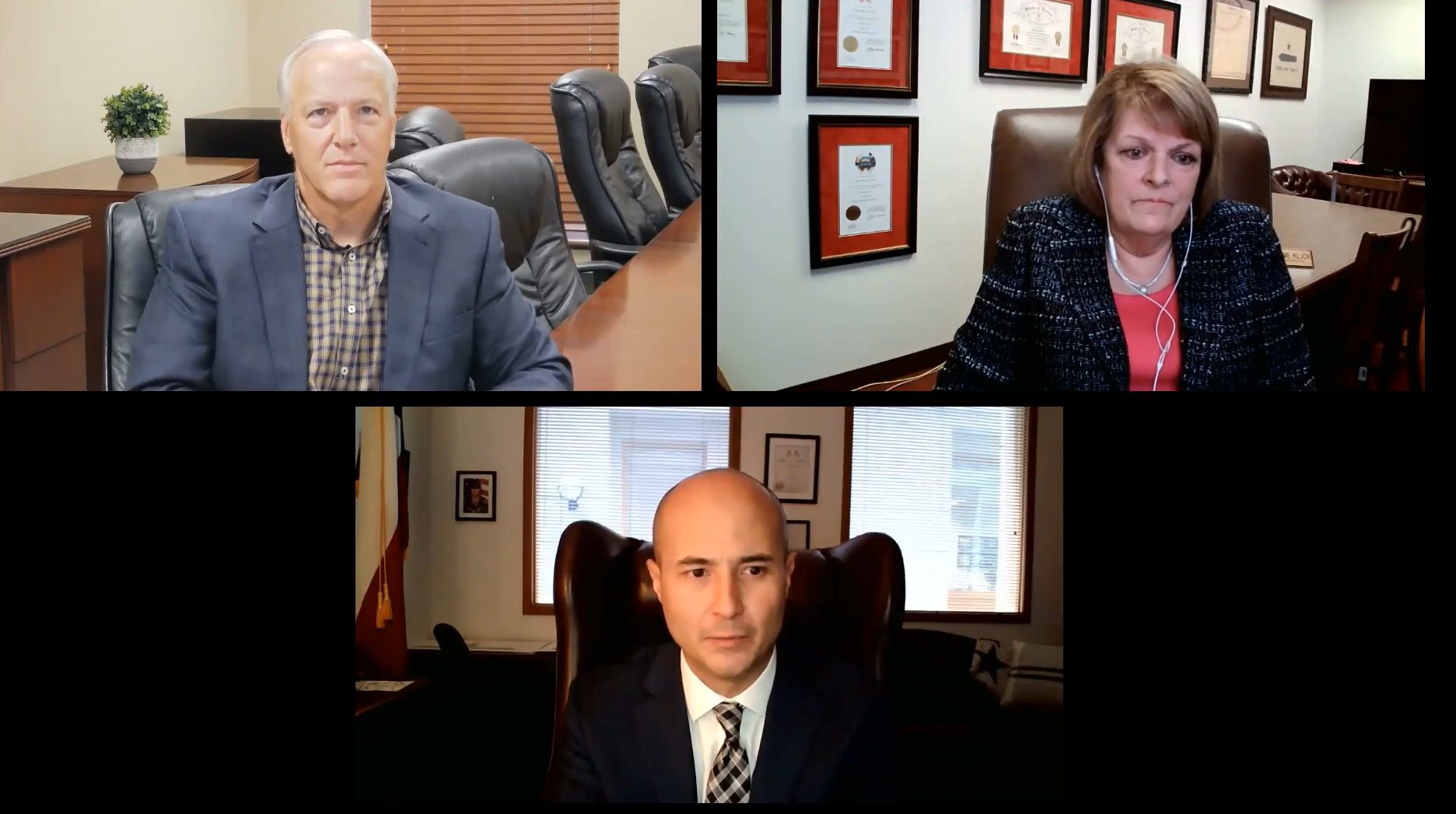 At the 2021 North Texas State of Reform Health Policy Conference, Reps. Stephanie Klick, James Frank, and Jacey Jetton discussed their health policy priorities from the most recent legislative session and what they have been focusing on in the interim and during the special sessions. Below is an overview of the topics they discussed.

Frank stated that, despite the pandemic, he still had a large number of constituents giving him feedback virtually during the last legislative session. He also said that COVID-19 had made communication with constituents easier in some ways, and could help legislators in how they communicate with their constituents in the future.

Regarding how the legislature adjusted to conduct their legislative session during COVID-19, Jetton said the emails, written testimonies, and phone calls they had received during the session were all very valuable.

“One of the biggest differences … as Chairman Frank brought up as well, was just how we communicate with constituents. Especially during a pandemic when we weren’t able to get as much testimony on some of [the issues], it was finding very intentional ways to making sure that we’re communicating with our constituents and those around the state to make sure that we’re seeing all the different angles of these issues going through the session.”

The legislators highlighted that many COVID-19 related bills were streamlined and passed as part of the Healthy Families, Healthy Texas initiative during the session, including the telehealth bill. Klick stated:

“I also think the pandemic gave us some opportunities. Necessity is the mother of invention, and I think our health care community has done some amazing things throughout the pandemic, and we passed legislation that is getting rid of some of the red tape.”

Frank noted that increasing broadband access across the state, and especially in rural areas, was a critical component of the telehealth bill.

Jetton and Frank emphasized that one of the biggest challenges was battling COVID-19 misinformation, as well as partisan politics getting involved in health care issues. They noted the widespread lack of trust in politicians and health care providers.

Additionally, all three legislators expressed their objections to a vaccine mandate. For Jetton, it is a privacy issue.

“I think most individuals want to have that privacy when it comes to their health information, still. I know that a lot of those individuals that are … saying that the mandate shouldn’t [apply to] businesses, are also vaccinated. There’s more concern about this encroachment, this ability for the government to mandate employers to know private health information about employees, that I think really concerns people.”

The legislators encouraged people to get vaccinated, but emphasized that they did not support a widespread mandate. Jetton said:

“We have enough data to show that 95%+ of the people that are hospitalized aren’t vaccinated. There’s data points out there to show that, ‘Hey, if you want to make a healthy decision on this, you should consider getting vaccinated, but it continues to be your choice to do so or not,’ and as long as it’s not filling up the hospitals, I think that that continues to be the threshold that we look at for whether or not we need to encourage more or just let each individual make their own decision on this.”

Frank noted the need for more data on transmission rates among the vaccinated and unvaccinated so they can be compared.

A major component of the Healthy Families, Healthy Texas initiative was making health care more affordable, as well improving health outcomes. Frank noted the expansion of Medicaid for pregnant women from two months to six months after pregnancy as an example of this

Frank further emphasized that the state should be focused on creating free market solutions to drive down the cost of health care.

“When health care is too expensive to afford, you don’t have access and you don’t have quality health care. The health care costs in our country are almost twice what it is in the rest of the developed world. There’s a lot of reasons, and a lot of it really has to do with government involvement in the wrong places.”

Frank and Klick also mentioned House Bill 18, which created a prescription drugs savings program for uninsured individuals, which they believe will help significantly lower pharmaceutical costs for the uninsured. Frank added that he believed pricing discrimination for pharmaceuticals and provider services is unethical.

While the legislators said that much work was left to be done, some major steps were taken with the Healthy Families, Healthy Texas initiative. Jetton stated:

“I think there’s always this default of wanting to go toward the easy option of just doing the Medicaid expansion, but I think there’s some really good bills that we passed this session that really help us to move in that direction without the extra burdens and costs, and make sure that we meet the specific needs that we have here in Texas.”

Regarding Medicaid expansion, the legislators expressed their reluctance to do so. Frank noted that the Legislature did expand coverage for those already covered, but that they need to improve the way the Medicaid system works overall. He also referenced Medicaid expansion in other states, which he said has often ended up hurting the most vulnerable people.

Frank added that, under the current Medicaid system, he believed doctors didn’t get paid enough, and that the tremendous amounts of paperwork presented difficulties for doctors in the Medicaid system. He stated that the problem with the current system is that it is run by both the state and federal levels of government, making it extremely inefficient. He said they were working on trying to improve this.

Klick stated that Medicaid expansion would require squeezing the state budget so that other priorities that are state responsibilities would be given significantly less funding. Additionally, she stated:

“There are far more people that are on Medicaid now then there were before the ACA passed. In fact, the majority of the folks in our state that gained access to coverage, it was through the Medicaid program. So even though we did not officially expand Medicaid, we saw our rolls for Medicaid grow dramatically due to the ACA.”

Frank said the majority of his interim work will involve implementing the bills that have already been passed, and that his focus would continue to be on lowering the cost of health care and advocating against a single payer system.

Both Jetton and Klick said they would be focusing on health care workforce issues during the interim, such as finding ways to get more nurses and doctors into the state and qualified to practice, in order to address the areas in the state without any providers whatsoever. Jetton also stated that he was focused on increasing access to mental health services.