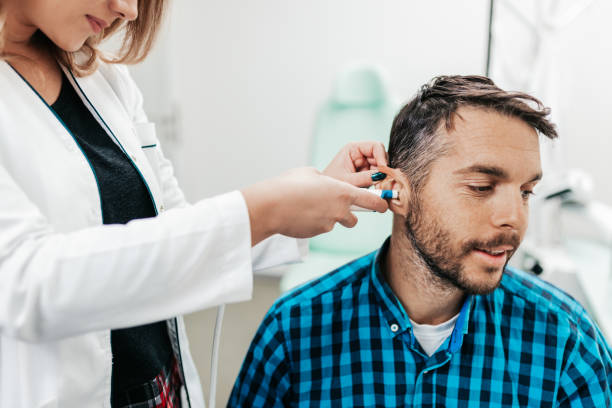 “Speech therapy has been an issue we’ve been looking at over the last several sessions,” Committee Chair T.J. Shope said.

Under SB 1016, any eligible individual who’s at least 21 years old would receive speech therapy through Arizona’s Health Care Cost Containment System (AHCCCS), by removing the exclusion of speech therapy from covered health and medical services. The bill would also prohibit the use of money from the Hospital Assessment Fund from being used to provide speech therapy services.

“Speech language pathologists provide specialized speech therapy that help patients—Arizonans—speak, talk, and swallow safely after items happen to them like a stroke, which can happen to anybody at any age; after a car accident where they get traumatic brain injuries; or after they have oral cancer, which is my specialty,” said Leah Mackie, speech language pathologist at Banner MD Anderson Cancer Center.

During testimony, Mackie emphasized how more younger Arizonans are getting mouth cancers from the HPV virus, and how the therapy her office provides allows patients to return to work and school. According to Mackie, treatments needed to treat oral cancers impact the patient’s ability to speak and swallow safely. She believes all Arizonans—regardless of insurance—should have the ability to access speech therapy to eat, talk, swallow safely, return to work, and live their lives.

“This is a service that already exists for children, and it actually was formerly covered here in Arizona prior to 2008 in the fiscal crisis,” said Shawn Stevens, neurotologist ENT surgeon at the Barrow Neurological Institute.

According to Stevens, cochlear implants are a nation-wide service provided by 36 states through Medicaid programs, while several other states are actively working on this health issue. He explained how when individuals experience hearing loss, they are more prone to remaining below the poverty line, can’t get jobs or obtain raises, are prone to early onset of dementia and major depressive disorder, and have more difficulty socializing.

“When we go to treat this, the cochlear implant is the gold standard procedure,” Stevens said. “We’ve had this technology now for about 70 years.”

With modern technology, cochlear implants can now provide 80-85% hearing function, which means individuals can go from being deaf, disabled, and less able to participate in society to fully functioning members of society, said Stevens, who also mentioned how one surgery will last an entire lifetime.

The Committee approved SB 1017 by a vote of 6-1-0. Both bills now head to the full Senate floor for further consideration.