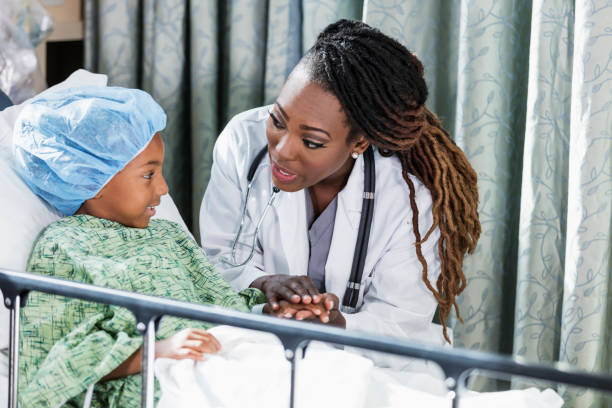 As respiratory viruses surge with the onset of cold weather, Washington pediatric hospital leaders are worried their facilities won’t have enough capacity to care for a rapidly increasing number of sick kids.

“This is especially true for pediatric emergency departments,” Briley said. “Seasonal illnesses, the flu, and COVID-19 are spreading in communities across our state right now and people are in need of care. We are finding that patients are sicker than normal because many have experienced delayed care due to the COVID-19 pandemic.”

Respiratory syncytial virus (RSV) is circulating widely throughout the nation and in Washington, Briley said.

“This is a virus that can be especially dangerous for young children and it’s impacting kids earlier in the season this year,” Briley said. “This is putting increased strain on children’s hospitals and pediatric units.”

Dr. Tony Woodward, Medical Director of Emergency Medicine at Seattle Children’s Hospital, said the hospital’s emergency rooms are at 100% capacity almost 24 hours a day. They reach up to 300% capacity during the evenings.

“We are in crisis mode and bordering, if not in, disaster mode in our emergency departments across the state,” Woodward said. “Our ERs are failing because we’re in such high capacity. What that means is patients who come for emergencies are treated immediately. But for people who don’t have an emergent issue there’s a longer wait. I think this is going to go on for a while.”

“Most of our physicians and team members all reported they’ve never seen it like this,” Whitworth said. “In the past several weeks, our emergency departments have been well over 100% capacity every day. At any given time, we could have six to eight patients holding in the emergency department, waiting on a bed.”

“The average hold time is in days for many of those patients,” Whitworth said. “These patients require one-to-one staffing and additional safety precautions in place. We have one behavioral health child who has been in the emergency department holding for 347 days.”

Dr. Mary Alice King, Medical Director for Harborview’s Pediatric ICU in Seattle, said the state only has about 500 pediatric beds, and only 122 of those are pediatric ICU beds.

“That is a very small percentage of our pediatric population, which is approximately 1.5 million children,” King said. “We’re terrified that we won’t be able to take care of all the kids.”

King said parents who have kids who are less than 3 years old should consider wearing masks frequently. Parents should also get their kids vaccinated for influenza, she said

“Please vaccinate for influenza because that is already coming and is only going to make this worse,” King said. “Anything we can do to increase pediatric flu shots would be great.”