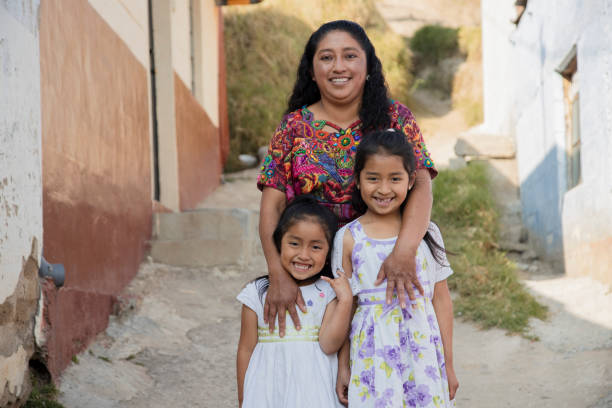 Social determinants of health have a significant influence on the overall health of Washingtonians, and several health care organizations are working on projects that aim to improve the effects they can have on residents.

Alison Poulsen, Leah Becknell, Allison Krutsinger, and Robert DeGregorio discussed some of those projects during the “Innovative approaches for addressing the social determinants of health” panel at the 2022 Inland Northwest State of Reform Health Policy Conference.

“On top of that we have cultural conditions,” DeGregorio said. “That’s where you see, a lot of times, racism, homophobia, all those ‘isms,’ and how [they] affect that individual. What is really important for us is finding innovative approaches to target [those] areas. And one of the biggest things is how can we find a social determinant that we have the power to change?”

Health Equity Circle members are working to expand the number of languages written on prescription medications. They started focusing on the issue when members visited a Spanish-speaking household and discovered that a family member was taking much higher dosages of medication than was prescribed because they couldn’t read their prescription. That person ended up in the ER due to an overdose, DeGregorio said.

Team members worked with lawmakers on the issue, which led to the introduction of House Bill 1852. The bill would have required the Pharmacy Quality Assurance Commission to adopt rules establishing additional requirements for the translation of prescription drug labels and other prescription information, but it was not passed during the last legislative session.

“We didn’t necessarily think that this was going to go through; we hoped that it would,” DeGregorio said. “But it’s so important to normalize the idea; to get support behind it and build power to make that change. Even though it got stuck in committee, we had numerous people testify to the House and Senate. We had many people show support for this.”

“Our goal was to increase low-barrier access to overdose reversal medication, specifically Narcan,” Becknell said. “What we did was look for opportunities to stock these Narcan vending machines in very strategic locations across the region. We see a lot of variability around whether or not naloxone is available for individuals who might need it. It’s inadequately stocked in many locations, particularly minority neighborhoods. And we know about pharmacy deserts in rural areas.”

There are also a lot of stigmas associated with people who request Narcan in pharmacies, Becknell said.

“So even if it’s free and available, people just weren’t going out and getting it,” Becknell said. “And we really wanted to meet that principle of harm reduction of trying to meet people where they’re at, and when they might need it. We used funding for substance abuse and block grants or federal block grants to be able to do that.”

“There’s definitely a demand for them,” Becknell said. “We can track 39 lives that were saved by the Narcan we distributed just in the first 6 months. We’re looking to expand this and have machines in the southwest region that we’ll be placing 5 machines in. And we’re actively working to place a number of machines in Pierce County as well.”

Poulsen, Executive Director at Better Health Together, said the organization recently worked with the Newport School District to create a health care clinic for students.

“And they have a provider that comes 2 or 3 times a week,” Poulsen said. “It has been awesome to take some relief off of the school nurse, who was covering K through 12. It has led to kids getting far more regular care.”

Krutsinger is the Director of Government Affairs and Community Engagement at the Department of Children, Youth and Families (DCYF), which is a statewide agency that focuses on child welfare.

“Many systems had failed the families that were ending up at our door,” Krutsinger said. “Education systems, economic systems, and housing systems have failed families. Disproportionately BIPOC families, and families [with] lower incomes. Why are families ending up in the child welfare system, in a juvenile justice system? And how do we really move upstream and begin to prevent problems which are really all about our social determinants of health?”

About 70-80% of the youths DCYF serves have prior child welfare involvement, Krutsinger said. Many are leaving the juvenile justice system and attempting to re-enter their communities.

“We’ve expanded and brought in housing specialists and housing vouchers as we think about meeting young people’s needs in partnership with housing entities,” Krutsinger said. “Another piece of innovation is that we ran an agency to offer a step-down alternative to incarceration called Community Transition Services. Most are really young people who are going back to their community.

How do we help that transition happen sooner? And one of the questions we contemplated was how do we make sure communities are ready so young people can come back and be successful? So we’ve had a really slow build and implementation of this, but did pretty intense work over the last couple years to look at case profiles and studies of clients. Now you’ll see us start to ask for that next set of resources to help build out the service.”