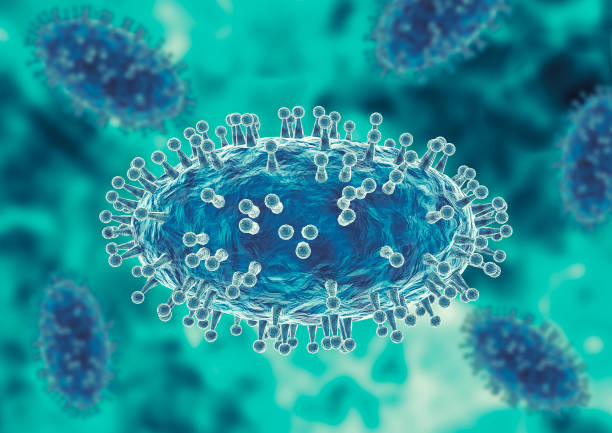 Stigmas directed at residents affected by the monkeypox virus are causing concerns for Washington health officials.

Washington State Department of Health (DOH) Secretary of Health Dr. Umair Shah discussed concerns about how those affected by the virus are being treated during a media briefing Thursday. Monkeypox (hMPXV) can affect anyone, but the current global outbreak has largely affected those in the gay or bisexual communities, or other men who have sex with men.

“We’ve seen a real challenge in our community,” Shah said. “We have had negative comments, stigmatizing comments. Very awful, ugly comments have been lodged against certain people in our communities.”

Shah said he met with some members of the LGBTQ community Wednesday in Seattle. They informed him of some stigmatizations they have witnessed regarding the virus.

“There were a lot of concerns that were shared with us,” Shah said. “We know this has happened before. It’s happened during almost every infectious disease at the start. The one that obviously everyone is thinking about is HIV and AIDS. And that is such a critical learning lesson for us in this country about what we need to do differently. This is a human disease and it’s not limited to any community.”

Shah said DOH officials will continue to participate in conversations with community members, as well as federal and state health agencies to address the issue.

“We know what’s happening in our communities and can work with local health jurisdictions,  health care partners, entities at the local level, community-based organizations, and our federal partners so we can continue to combat this scourge of misinformation, bias, and harassment that occurs when people are concerned or want to be ugly about how they treat other people,” Shah said. “From a health perspective, I would hope we do not do that because that is unfair, unjust, and it helps none of us. When we stigmatize people, those individuals tend to not be comfortable seeking care.”

Washington now has 166 confirmed cases of monkeypox. A vast majority of those cases are in King County, Shah said.

DOH Assistant Secretary for Prevention & Health Michele Roberts said the department has adopted a first-dose prioritization strategy to ensure vaccines can be delivered to as many people in high-risk populations as possible.

“We’re focused on getting our first doses out as quickly as possible, and then we would provide second doses, recommended 28 days or later as more vaccine becomes available,” Roberts said. “Vaccine has been prioritized for people who have been exposed or are at high risk of exposure. Washington is ordering vaccines from the federal government as more doses become eligible.”

The state has allocated more than 14,000 Jynneos vaccines, and 96% of the state’s allocated vaccines have been ordered and distributed. Vaccines are ordered from the federal government, which is a complicated process, Shah said.

“It’s a complicated, complex ordering system,” Shah said. “It does require quite a bit of choreographed dance with our federal partners, and that requires that at times you’ll have some data lags that will occur. If you pull the data at a certain time [cases] may show higher or lower. But we’re trying to do everything we can to be consistently at or near full capacity of the ordering allotment that is available to us.”

The DOH has ordered the full allotment of doses available to the state. Roberts said the department is focused on equitable distribution that includes working with county health departments to identify the regions in which they are most needed.

“Unlike COVID vaccine and routine childhood vaccines, at this point from the federal government, we’re limited on the number of sites we can send vaccine to,” Roberts said. “Hopefully that’s going to change with the federal government as their systems increase and improve over time. We do work with communities on the ground and local health departments who are working with providers in their community to decide the best places to send the vaccine.”