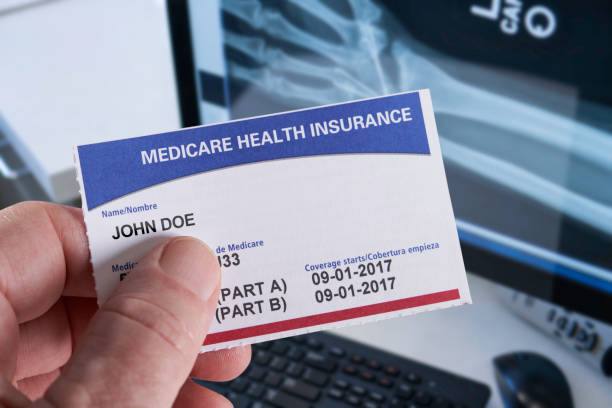 Many Washingtonians will face uncertainties regarding health care coverage when the public health emergency (PHE) ends, and state officials are working to address those concerns.

Health officials discussed those efforts during a Senate Health & Long Term Care Committee meeting Wednesday. The PHE was extended through Oct. 13th last week. But officials need to plan for its eventual end now as many Washingtonians may need to transition to other coverage options if they are determined to be ineligible for the state’s Apple Health plan following the redetermination process once the PHE ends. Some will also need to renew their coverage, which is a process that will be new to many. Roughly 370,000 Washingtonians joined the program in the past 3 years since the COVID-19 pandemic began, Health Care Authority (HCA) Office of Medicaid Eligibility and Policy Section Manager Amy Dobbins said.

Most Apple Health customers have not had to complete renewals for nearly 3 years during the PHE, Dobbins added.

“This is going to be a pretty big deal,” Dobbins said. “By the time the PHE ends, many people will not be familiar with having to take some kind of action to retain their Apple Health coverage, especially the roughly 370,000 that came on to the program during these last 3 years. This is why communication and outreach is so critical to keeping people insured.”

HCA is working on various initiatives to help inform customers of coverage needs, Dobbins said. It created a communications plan and toolkit to share with partners in the health care industry so outreach efforts can be collaborated.

HCA is also looking to implement a policy for people over age 65. Officials made a funding request in last year’s budget for the policy, but the request wasn’t approved, Dobbins said.

“It didn’t make it but we’re really looking forward to seeing its successful progression this year,” Dobbins said. “The concept is post-eligibility verification, which permits the state to continue allowing the self-attestation of eligibility factors for those over 65. It really will help retain low uninsured rates when the PHE ends.”

“This ambassador program is recruiting volunteers such as health care providers [and] community-based organizations to raise awareness within their communities about the end of the PHE and the actions they may need to take,” Dobbins said. “We want to leverage these already established relationships with our shared clients in order to best relay that important information.”

“We’re also partnering with HBE on how that transition will occur,” Davis said. “We don’t want to have gaps. If they no longer qualify for Apple Health but they do qualify for marketplace, making sure they get those coverage options and there’s not a gap in coverage.”

Not everyone transitioning off Medicaid will need coverage through the exchange, however, Davis said.

“Some may have been offered coverage through an employer-based plan, some may have aged into and become eligible for Medicare coverage or some may have moved out of state,” Davis said. “Not all folks transitioning off Apple Health will transition to marketplace, but we are guessing that many will and we want to make sure we have plans in place to ease that transition.”

“We’re approaching this as the biggest change that has happened in our system really since the implementation of the Affordable Care Act,” she said. “We’ve been meeting with HCA and HBE for the past several months to develop messaging [for data sharing and enrollment]. HCA will publish a monthly report showing the number of Medicaid clients projected to be impacted by the PHE end by age group and Medicaid plan. That’s going to be a helpful tool for us to target our outreach efforts to those that are impacted.”

HBE interim CEO Jim Crawford said the exchange is preparing for the PHE transition by:

Crawford said HBE is open to considering a move like that.

“We did that in COVID,” Crawford said. “We do need to be careful. The carriers have got concerns about a continuous open enrollment scenario for legitimate reasons. The bottom line is we’re going to explore options and we’re going to do the best we can as consumers are transitioning. Those aren’t decisions we’ve made.”

Crawford said he is also concerned about American Rescue Plan (ARPA) subsidies, which are slated to expire at the end of 2022.

“There are ongoing conversations in Congress about whether and potentially how to possibly extend these subsidies into the future,” Crawford said. “But under current law they’ll expire at the end of the year.”

Without ARPA subsidies, premium costs and the number of uninsured are expected to significantly increase, Crawford said.

Sen. David Frockt (D-Seattle) asked what the latest possible date would be for HBE to send customers notices of higher rates if ARPA subsidies are not extended.