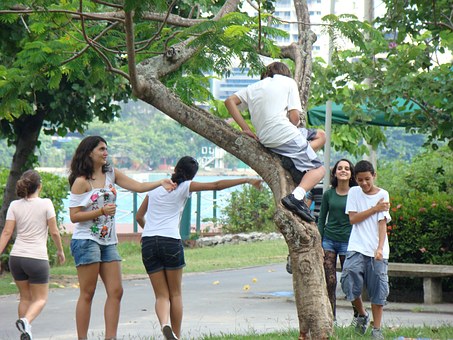 Youth care officials are working to address the needs of youths exiting public systems of care in Washington State through several initiatives, but they say additional help is needed.

Kim Justice—Executive Director of the Office of Homeless Youth Prevention & Protection (OHYPP) at the Department of Commerce—discussed some progress the office has made since Senate Bill 6560 was passed in 2018. The bill aimed to assist youths exiting publicly-funded systems of care in acquiring safe and stable housing. It also directed the OHYPP and the Department of Children Youth and Families (DCYF) to develop a plan to determine how the state was going to meet that goal.

Justice discussed a Department of Social and Health Services’ Research and Data Analysis Division report that showed that 7,152 youths between the ages of 12-17 and young adults exited systems of care, 1,200 of which experienced homelessness within 12 months of exiting those systems. The data recorded youths exiting systems of care from 2020-21.

Some progress that has been made in addressing those goals was established in OHYPP’s acquisition of $1.9 million to strengthen the Independent Living Program, which provides rental assistance and case management for eligible youths who have aged out of the state foster care system. OHYPP also acquired a $2.25 million System of Care grant. The funds support interventions that prevent youths and young adults from exiting publicly funded systems of care and entering homelessness. The initiatives have been both federally and state funded since 2018, Justice said.

OHYPP has also made progress in housing initiatives by funding a transitional housing pilot program that provided 15 beds to youths between the ages of 16-17. It expanded the Independent Youth Housing Program for youths previously in foster care through Senate Bill 5566, which provided $4 million for the effort. The state also funded the establishment of the Arlington Campus in Tacoma, which features 58 housing units and 12 HOPE/CRC shelter beds.

“We have $4.5 million in HUD funding for rural counties,” Justice said. “In the last 2 years, a total of about $33 million was designated for capital projects for youth and young adult housing.”

Allison Krutsinger—Director of the Office of Government Affairs & Community Engagement for DCYF—discussed DCYF’s role in addressing the issue. She discussed DCYF’s Extended Foster Care program, which provides young adults who were dependents of the state at age 18 with an opportunity to voluntarily agree to continue receiving foster care services up until their 21st birthday.

DCYF also assists youths through an Independent Living program, which is a voluntary program for youths who are or were in foster care with DCYF or a tribal court. Its services include vocational training, job placement, and daily living skills education and support. The federally funded program included 1,449 youths in 2021, Krutsinger said.

“DCYF’s turnover in both [juvenile rehabilitation] and child welfare has only been exacerbated by the pandemic and continues to be a huge challenge we grapple with,” Krutsinger said.

Some solutions in addressing housing needs could include the acquisition of additional housing case management resources for youth, case management funds, and housing vouchers, Krutsinger said.