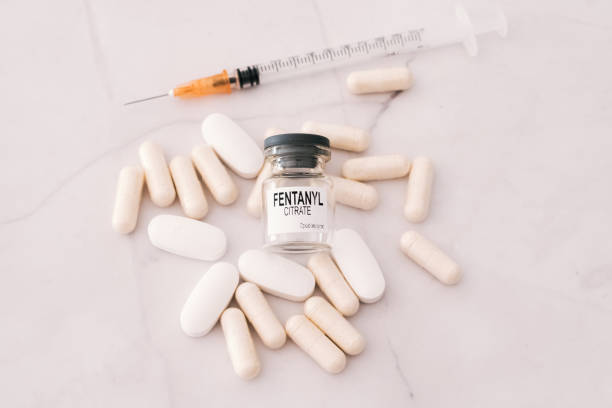 Bereaved parents fight to curb fentanyl use in Oregon

An Oregon couple whose son died from fentanyl use is working to curb rising use of the drug and overdose-related deaths connected to it.

Jon and Jennifer Epstein have been speaking at various community meetings to raise awareness about the detrimental effects of fentanyl. Their son, Cal, died in December 2020 after using the drug. They found their 18-year-old son in bed while he was home from college during the holidays.

“We found him unresponsive in his bed with a few pills next to him,” Jennifer said during a Song For Charlie presentation. “We were shocked; we had never heard about fentanyl until the police officer at the scene looked at a couple pills that were beside him, and said, ‘These are M30s. Most likely, they’re counterfeit and filled with fentanyl.’ He told us that if we were the praying type of people that we should begin to pray. Though we got Cal to the hospital and were able to get him help, he never recovered and he passed away a few days later. We quickly realized that this is a problem most of America isn’t talking about, and we need to be.”

Soon after their son’s death, the Epsteins joined Song For Charlie, a nonprofit that raises awareness about fake pills made of fentanyl. They are leading the nonprofit’s Oregon outreach efforts as the state faces a drug crisis. Oregon’s overdose deaths increased by 41 percent last year, compared to a 16 percent increase nationwide. The deaths coincide with a surge of illicit fentanyl there.

Jennifer said youth access to fentanyl is increasing due to easy access through a growing street market.

“The fake pills look exactly like a pharmaceutical pill,” she said. “You combine these illegal pills with social media, and you have a super-charged street market. They’re being bought on social media and passed from friend to friend at parties. They’re sold everywhere. The [U.S. Drug Enforcement Administration] said 95 percent of the pills they confiscated in the past year have been fake. And they estimate that almost all of them are made of fentanyl.”

Jon said many youths don’t know about fentanyl or counterfeit pills and can end up ingesting them, thinking they’re prescription medications.

“They’re stressed, and they turn to prescription medicine, which is normalized,” Jon said. “They don’t know the pills they’re taking are fentanyl and the risk associated with a lethal dose.”