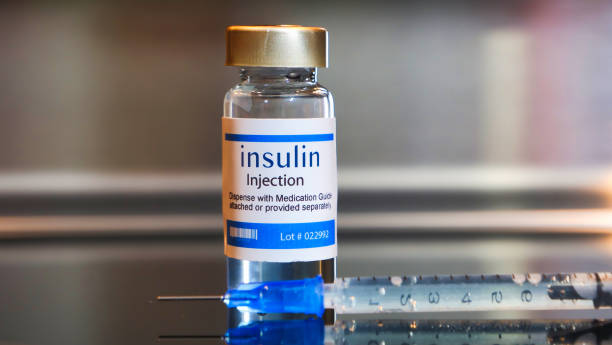 Schrier has recently expressed support for the federal Affordable Insulin Now Act, which would cap insulin costs at no more than $35 per month. She has used insulin since she was diagnosed with Type 1 diabetes 37 years ago. In this Q&A, she discusses the act and the importance of lowering insulin costs.

State of Reform: You spoke about your support for the Affordable Insulin Now Act a few weeks ago at Green River College. With its fate now in the hands of the Senate, can you talk about the importance of this initiative becoming law?

Personally, I’ve been taking insulin since 1985. At the time I was diagnosed insulin was the cheapest part of my management. It was the [blood sugar test strips] that were so expensive. At the time, it was a new technology to be able to poke your finger and see what your blood sugar was. Not long before that all diabetics had was urine testing.

So the finger strips were the most expensive part. Over time that changed and when I started taking the extra rapid-acting insulins, probably around the year 2000, the cash price was around $40 a bottle. And that same bottle of insulin⁠—same manufacturer, same process, probably the same equipment, no change whatsoever—now retails for over $300 per bottle.

And most people with diabetes need more than one bottle per month which , means that most people with Type 1 diabetes are spending north of $600 a month for medicine they cannot live without. And when you think about the cost of everything else in life, that can be backbreaking. All of us have felt that acutely—particularly people who are underinsured, have high co-pays, or don’t have insurance—they have been hit the hardest by this. And we need to make sure that not only can diabetics take enough insulin to stay alive, but they can take enough to stay healthy.”

SOR: What do you believe are some factors that have contributed to the rising cost of insulin?

The other egregious one [is] pharmacy benefit managers. They are the middlemen who are there to negotiate prices that insurance companies will pay for medications.They get paid based on the percent of the cost of the medication. So their incentive is not to have a lower price negotiated. Their incentive is to have a higher price if they’re going to get paid a percentage of it. That is backwards incentivizing and is a good part of the reason that Americans are paying such incredibly high drug prices. And frankly those costs, because that’s a negotiated cost the insurance company will pay, get passed on to all of us in the form of higher premiums.”

SOR: Do you believe the cost of insulin makes it common for some Washingtonians to skip doses or refills?

KS: “This is not conjecture. We already know that one in four Americans who take insulin ration their insulin because they need to make it last until their next paycheck. And that is a dangerous game, by the way—to take enough to keep you out of the hospital, but not enough to keep you healthy. That can be a deadly balancing act.”

SOR: In addition to your support of the Affordable Insulin Now Act, what are some other ways you have or can increase awareness about the need to reduce insulin costs?

KS: “[The act] caps co-pays at no more than $35 per month for people who use insulin. That is a really big deal; it is life-changing and life-saving. Another thing I have [worked on] is legislation to speed the path to generic biosimilars; generic insulins. To speed the path to generic insulins that has brought the price down [and]it’s given pharmacies the ability to dispense a generic instead of a name brand. Still, the cost of that generic is about double what you would pay in Canada.