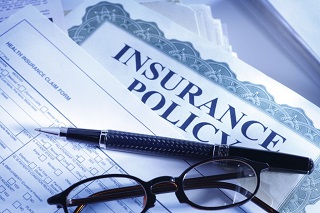 Will Michigan look to address no fault reform in 2023?

In Michigan, no-fault insurance is required by law for every driver in order to get license plates in the state. If a driver gets into an auto accident, no-fault insurance pays for the medical expenses, wage loss benefits, replacement services, and the cost of property damage. Before the passage of the no-fault reforms, Michigan required drivers to purchase unlimited personal injury protection (PIP) coverage. Therefore, in the event of an accident, insurers paid for unlimited medical damages.

Before the reforms, Michigan drivers were paying the highest auto insurance rates in the nation, with an average annual premium of $2,610. With the passing of the 2019 reforms, the average car insurance rate in Michigan is $2,639 per year, which now ranks Michigan as the second most expensive state for these rates..

Legislators passed SB 1 with overwhelming support from both parties: the Michigan House  had 94 yeas to 15 nay votes and the Michigan Senate 34 had yeas to 4 nay votes. On May 30th, 2019, Gov. Whitmer signed the legislation.

At the time of passage, SB 1 had major bipartisan support. Legislators and the Governor supported SB 1 because they wanted to save drivers money by allowing tiers for PIP coverage; setting fee schedules for hospitals and providers, and banning companies from using non-driving factors such as zip codes, FICO scores, gender, marital status, occupation, education attainment, and homeownership.

Reporting from Michigan Radio of NPR noted that some Michigan lawmakers likely didn’t fully read SB 1 because they were given the 120 page bill an hour before the final vote. Nevertheless, the bill was passed, Michigan legislators praised themselves for their bipartisan work, and they haven’t touched the issue since.

However, since the passage of SB 1, insurance companies cut their payments to long-term care providers by 45%, causing many of the providers to shut down their business. Consequently, nearly 7,000 auto accident survivors have lost their coverage and 4,082 healthcare workers lost their jobs.

It is clear that the 2019 no-fault auto insurance reform has negatively affected the health of auto accident survivors and hasn’t drastically changed the cost of auto insurance in Michiganders. It remains to be seen if lawmakers will again take up this issue during next year’s session in order to address the reform’s negative impacts. However, Current House Speaker Rep. Jason Wentworth (R) – Kent County said earlier this year that he expects no new major legislation in 2022 dealing with this problem.