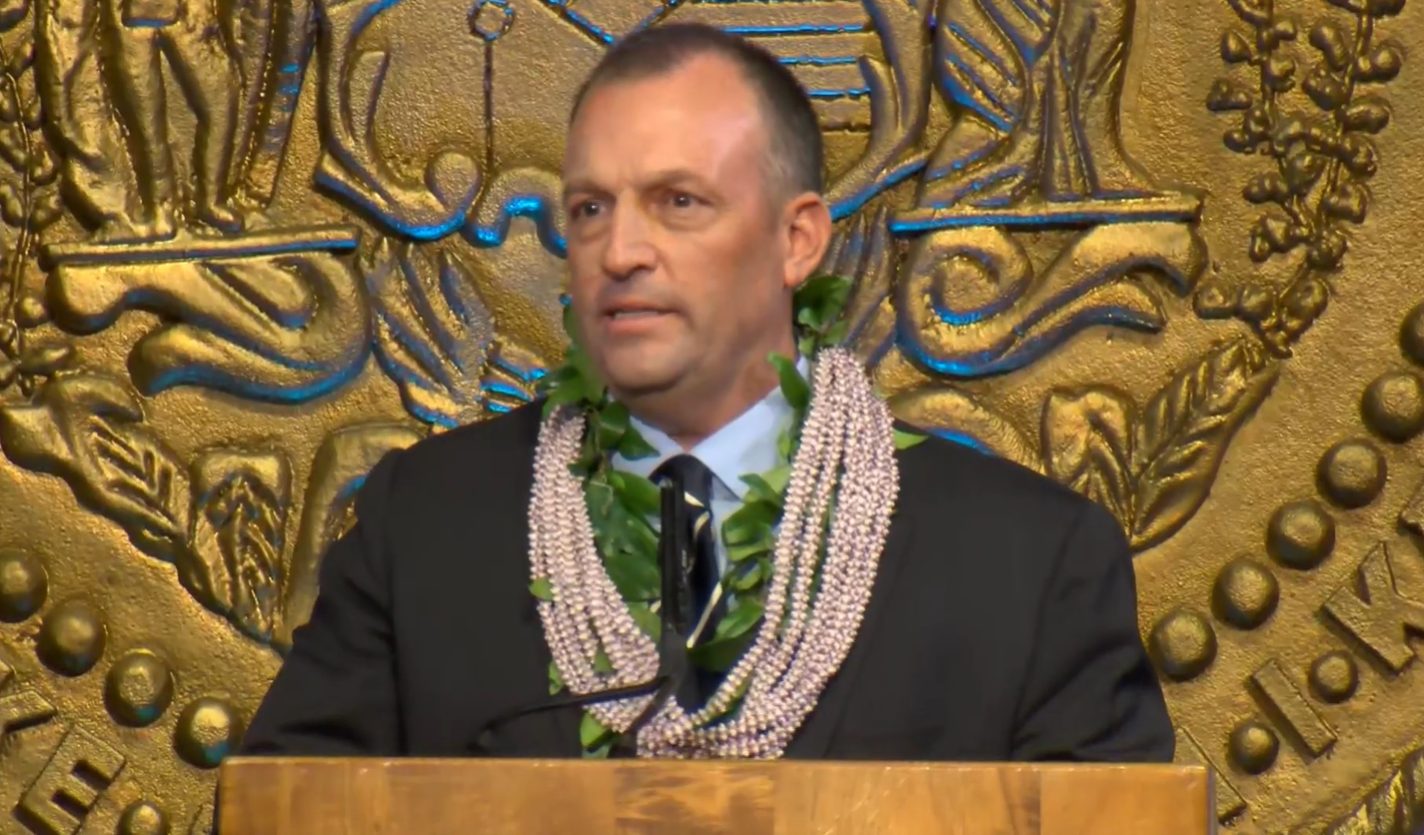 Green said he began caring for local families 20 years ago as a doctor at a small clinic on “The Big Island.”

“Too many people I cared for were fighting addiction, or wrestling with untreated mental illness,” Green said. “In Kau, we didn’t have the resources we needed to fight these problems, so I ran for state representative to try to make a difference.”

Green continued to learn more about public health challenges while serving as a member of the House of Representatives and the Senate, through his work as an ER doctor in Pahala and Hawi, and volunteering in clinics on Oahu when he wasn’t working at the capitol.

“We kept working on addiction, mental illness, and access to quality healthcare,” he said. “Some problems got better while others got worse. We made sure all of our keiki have health insurance, we built a statewide trauma system, and we made sure families who had a child with autism could get help.”

But too often, Green would finish his ER shifts after witnessing tragic situations, seeing homeless people who had overdosed or taken their own life out of desperation, he said.

When Green took over as the state’s lieutenant governor four years ago, he knew its homeless crisis needed to be addressed in a new way, he said. He helped with efforts to build Kauhale villages in Waimanalo and Kalaeloa. He plans to continue similar efforts as governor.

“I have already reached out to each of Hawaii’s mayors and given them my commitment that we will build Kauhale communities in every county,” Green said. “We will choose parcels of land, partner with the private sector development community, build villages, and support them with nurses, social workers, and everyone else in Hawaii who wants to come together to lend a hand.”

The new governor also discussed the state’s efforts to vaccinate residents during the COVID-19 pandemic. Hawaii ultimately vaccinated a higher percentage of people than almost anywhere in the world, he said.

“Partnerships grew between hospitals that had never previously worked together,” Green said. “Doctors and nurses covered for each other when they were too exhausted to stand, after treating patients for 24 hours straight.”

“Because of the commitment of these heroes and their refusal to quit, we averted an even greater crisis and loss of life,” Green said. “And ultimately, Hawaii had the lowest fatality rate of any state in the country.”

Green said he will authorize the release of $50 million in Grants-in-Aid prior to the end of this year. Funds will support organizations like the Hawaii Blood Bank, the Hawaii Foodbank, the Domestic Violence Action Center, the Aloha Medical Mission, and the Special Olympics Hawaii. They will pay for social workers and mental health workers to support local families, provide food for hungry children, and create safe places for victims of sexual assault to seek shelter.

Green said he plans to use scholarships to pay off loans for social workers, nurses, and doctors so they can afford to live in Hawaii and provide care for families who need it most. He also said he plans to eliminate regressive tax hikes on food and medicine, which significantly impact low-income families, to make Hawaii more affordable for those living paycheck to paycheck.

“We can set an example for the whole world on the issues of housing, homelessness, poverty, and climate change if we truly come together and commit to putting our values of ohana and aloha into practice, and make them a reality for everyone in Hawaii,” Green said. “This moment is a new beginning for our state, and I am honored to serve as your governor for the next four years.”