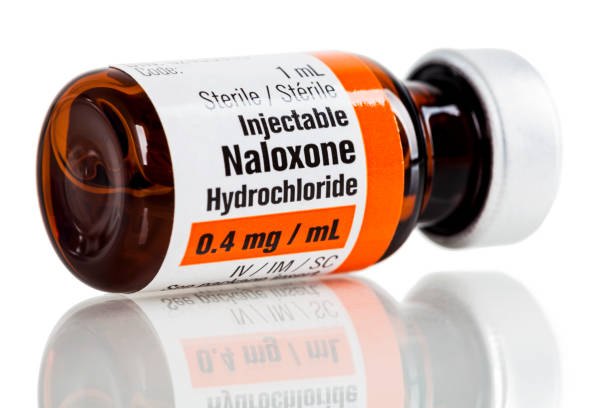 The event in Dallas featured a discussion entitled “Tackling SUD in Texas” that looked at ways to address the state’s opioid epidemic that has witnessed more than 5,000 drug overdose deaths in 2021 and prompted Texas Gov. Greg Abbott and his administration to take action.

Abbott directed state agencies last month to address the threat posed by fentanyl to communities. Speaking on the panel, Christina Laguna, PhD, Director of Substance Use Programs Planning and Policy at the Texas Health and Human Services Commission (HHSC), said that her agency already had programs in place informing the public about the dangers of fentanyl prior to the governor’s mandate, but that those efforts were now being stepped up.

She emphasized the impact of incoming funding from the national opioid settlement reached last year.

“The [opioid settlement] money is not actually coming into HHSC, the money’s coming into the state through the Opioid Abatement Council that was designed specifically for that,” Laguna said. “There is legislation that dictates how it is supposed to be [allocated], at least who it is supposed to go to, and then the decision will be made about how it will be allocated as part of the settlement.

One thing that the state is really excited about is [that] there is supposed to be an influx of naloxone that comes with that as well. I think that’s really important for us to get more of that into the state to be able to get that out into the community.”

The Texas Targeted Opioid Response (TTOR) has distributed over 72,000 doses of naloxone and works to expand access to Medicaid assisted treatment for opioid use disorder. HHSC has multiple inpatient and outpatient SUD treatment programs across the state that focus on overdose prevention and intervention treatment. Laguna highlighted some of the progress made, although she noted she’d like to see uptake of state resources increase.

“… we have over 70% of people who are receiving state-funded treatment for opioid disorder [and] are getting medication assisted treatment, which is the gold standard for opioid use disorder. We’re really happy that we’re reaching those numbers. Obviously we want to go higher, but 70% when we weren’t there for a while is something that we’re really proud of.”

As Texas looks at ways to address overdose deaths, panel members called on the legislature to pass a more comprehensive “Good Samaritan” law, which protects those reporting overdoses from prosecutorial action. Texas passed such a law in June of 2021 but the protections only apply to those without a criminal record.

Aaron Ferguson, Regional Outreach Manager for Community Medical Services and a former addict with lived experience, said the state should broaden the protection to everyone, arguing that people with the highest risk for overdose have criminal records as well and should thus be allowed to report overdoses without fear of prosecution. He advocated taking a non-coercive, non-punitive approach to dealing with harm related to criminalized substances.

“There’s some research showing that just the passage of a Good Samaritan law alone can result in up to a 15% decrease in overdose deaths,” Ferguson said. “Also [with] more people reporting, more people are getting emergency medical care. We have a less criminalized and punitive situation in which people are actually accessing health care …

Decriminalization is a measure that a number of places have done successfully. So instead of punishing people for using substances, which is highly ineffective, we have the century-long War on Drugs and people who use them, and it’s created a climate that’s more dangerous than ever for people who use drugs.

Instead of that, [we should be] taking the approach of treating it like a health condition, and we’re saying, ‘How can we help you be safer with your consumption of substances, and then make treatment available if you’re interested?’”

Safe consumption sites, which supervise consumption of illicit drugs and have medical treatment measures in place to prevent and respond to overdoses are operating in many countries, and there are several here in the US. Ferguson noted that not a single person has ever died at one of these sites. He called on the state to create these sites along with making syringe services and overdose treatment such as naloxone more widely available.

“These are effective tools,” Fersuson said. “There’s an issue with these tools, though, [and it’s] the fact that they are locked up in a toolbox in Texas, behind the policy wall.”

According to Jennifer Wadsworth, Chief Clinical Officer of Metrocare Services, harm reduction is more than just a set of practical strategies aimed at reducing negative consequences associated with drug use.

“[Harm reduction] is a movement of social justice and I believe and respect the rights of individuals to actually use drugs,” Wadsworth said. “It incorporates a spectrum of strategies from managed use to safer use to accidents, meeting people where they are in a very recovery oriented approach to care. The Harm Reduction Coalition outlines 8 principles associated with harm reduction, the first being that it accepts drug use as part of our world.”

Wadsworth said establishing quality of individual and community life and wellbeing should be the sole criteria for successful implementation of harm reduction. Metrocare Services has incorporated Zero Overdose safety planning where patients have the opportunity to collaborate with clinicians on creating a personalized plan that identifies risk factors, such as the individual’s health and history of drug use, and actions to reduce those risks.

Pirard, who is board certified in psychiatry and addiction medicine, emphasized the importance of targeted care management. Research has shown the effectiveness of recovery specialists, individuals who are in recovery, have lived experience, and work alongside addicts, in rehabilitation but acknowledged access to specialty care has been challenging.

“We work with the provider, trying ways to expand access to specialty care,” Pirard said. “We know that it’s needed here in Texas, where you have large areas that are rural [and] extremely difficult to find specialty providers.”

One of the ways Beacon Health Options supports primary care is through an evidence-based learning model that shares knowledge and best practices for SUD treatment.

“But [increasing] the number of providers is not enough. How do we also increase quality? As far as quality, there are various ways to build that. One is to establish some preferred provider networks. [We should be] trying to identify those providers that have the biggest impact when it comes to various outcomes [that] use an alternative payment model.”