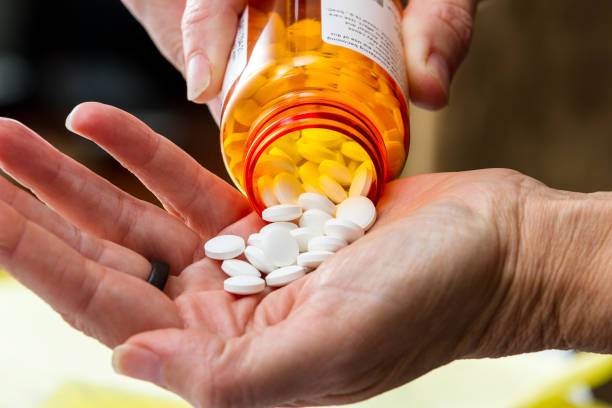 Washington to receive $518 million in opioid settlement, majority of funds will support treatment and prevention

Washington counties will have additional resources to fight the state’s opioid epidemic following the disbursement of funds from a lawsuit settlement with 3 opioid distributors.

Attorney General Bob Ferguson discussed settlement details during a press conference at Seattle’s Kerry Park on Monday. Ferguson and his team went to trial against McKesson Corp., Cardinal Health Inc., and AmerisourceBergen, accusing the companies of failing to stop suspicious opioid shipments to the state or reporting them as required by law.

In July 2021, Ferguson rejected a national settlement between the 3 opioid distributors in order to take the companies to trial. The state’s $518 million settlement came after a 6-month trial.

“Today we can share that 125 local governments unanimously joined our resolution against the three largest opioid distributors,” Ferguson said. “Because all of those jurisdictions joined that resolution, Washington State will recover the full amount of the settlement my team negotiated with these distributors.”

More than $476 million from the settlement will be used to fight the state’s opioid epidemic.

“While half a billion dollars is a lot of money, there is no amount of money that we could bring back from this litigation that would bring back the lives that have been lost because of the opioid epidemic in Washington State,” Ferguson said. “While this money cannot do that, and no amount of money could do that, these funds will help prevent the next victim of the opioid epidemic because we know there are not enough resources for the work we need on prevention, treatment, and so many other issues.”

Approximately $215 million will be disbursed to cities and counties to be used to heal communities in crisis, Ferguson said.

“Local governments decided among themselves how to divide the money,” Ferguson said. “They agreed on a formula based on how many opioids were shipped in their communities, how many people died as a result of opioids, and how many people are currently suffering from opioid use disorder.”

Approximately $261 million will go to the state.

“The legislature will decide how those funds are spent but lawmakers, under the terms of the agreement, must use the funds to address the opioid epidemic,” Ferguson said. “Those dollars go back into communities in the forms of grants and appropriations.”

The first payment of $55 million will be available to the state on Dec. 1st. Resources can be used to fund desperately needed prevention strategies, including improved and expanded treatment options, addressing the needs of pregnant women and their families, youth-focused outreach and prevention efforts, support for first responders, and other evidence-based programs and services that can save lives and preserve families, Ferguson said.

“These significant resources will help Washington State fight back against the opioid epidemic that continues to rip holes through the very fabric of our communities and families, overwhelm our public resources, and inundate our foster care system with young, innocent victims,” Ferguson said.

Rep. Tarra Simmons (D-Bremerton) also spoke during the press conference. She said she previously suffered from an opioid use disorder, but is now sober. Her disorder started with the use of prescription opiates 14 years ago.

“At the time, I didn’t think I was an addict because I was taking them as prescribed,” Simmons said. “However, as my doctor gave me more and more, my tolerance grew. Eventually I used illegal drugs.”

Simmons said she celebrated 11 years of recovery 3 days ago.

“Recovery is possible,” Simmons said. “I’m living proof of it. This funding will go a long way in preventing and combating substance use disorder at a time where fentanyl is taking the lives of so many of our loved ones.”

King County Board of Health Vice-Chair Girmay Zahilay noted that there were 385 overdose deaths related to fentanyl in King County in 2021, which was a record for the county.

“Through just three-quarters of this year, we’ve seen 427 fentanyl overdoses,” Zahilay said. “We’re eclipsing last year’s number by hundreds. This is a crisis. And we always have to remember these are not statistics, these are human lives.”