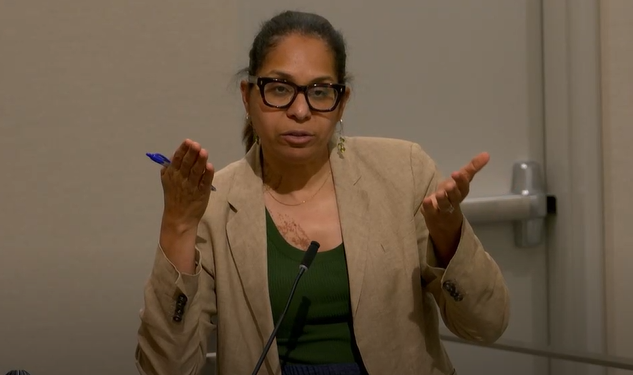 California legislators are considering a bill that aims to make the cost-savings from rebates negotiated between pharmacy benefit managers (PBMs) and prescription drug manufacturers directly available to consumers at the point of sale.

Sponsored by Sen. Sydney Kamlager (D – Los Angeles), SB 1361 would require a health plan enrollee’s cost sharing to be calculated at the point of sale, reduced by an amount equal to 90% of all rebates the plan received for the drug. It would also mandate that a health plan provide enrollees with an estimate of their decrease in cost-sharing at the point of sale. These provisions would sunset on Jan. 1, 2026.

These provisions were initially outlined in Asm. Tom Daly (D – Anaheim)’s AB 933, introduced last year. According to Daly’s office, after AB 933 died earlier this year due to fiscal concerns, Daly and Kamlager each sponsored new bills in their respective chambers with the same provisions: AB 2942 and SB 1361. However, AB 2942 failed to get a hearing in the Assembly, making SB 1361 the sole bill with these provisions in the legislature.

SB 1361 used to be an entirely different bill. Until the legislation was recently amended, SB 1361 concerned the establishment of a program to import cheaper prescription drugs from outside the U.S. However, according to Kamlager’s office, the senator scrapped the effort and amended the bill to focus on PBM reform instead due to implementation difficulties they encountered with the importation effort.

The legislation received unanimous approval from the Senate Health Committee in late April, positioning it closer to a vote on the full Senate floor.

SB 1361 intends to curb potential perverse incentives in PBM practice. When PBMs negotiate discounted prices for drugs on behalf of health plans, the “retained rebate”—the amount of the rebate the PBM doesn’t pass along to the plan–is unknown. Furthermore, the “spread”—the difference between the amount a health plan pays a PBM for a given drug and the negotiated amount the PBM pays—is also undisclosed. According to Kamlager, there is currently no statutory requirement for PBMs to ensure rebates benefit patients.

“Because there is no transparency in the system, patients have no idea how much, if any, rebate money goes toward lowering insurance premiums or lowering other out-of-pocket costs,” Kamlager said in the committee last month. “These discounts were never intended to flow to third-party PBMs. These dollars are meant to directly lower the cost of a patient’s prescription drug at the pharmacy counter.”

Health plans in California received more than $1.4 billion in rebates in 2020, according to the Department of Managed Health Care (DMHC). This is 87% higher than in 2017.

Opposed organizations say SB 1361 would only benefit the small number of enrollees who use high-cost brand name drugs, while the remaining 90% of beneficiaries will face the higher premiums that the bill’s provisions would require plans to implement.

These organizations, which include the California Chamber of Commerce, the California Association of Health Plans (CAHP), and America’s Health Insurance Plans, argue that PBM-negotiated rebates allow plans to lower premiums for all their enrollees, whereas SB 1361 would only financially benefit a handful of enrollees while forcing all enrollees to pay higher premiums.

CAHP also argues that the bill would unfairly benefit manufacturers by allowing them to continue to raise their prices with no accountability.

Bill Head, Assistant Vice President of State Affairs at the Pharmaceutical Care Management Association (PCMA), reiterated the argument that rebates save consumers money on premiums, and argued that less than 50% of medications are rebated. He emphasized his organization’s position that rebates are helpful by adding that they decreased overall premiums in the state by 2% in 2020, citing a DMHC report.

“It’s really only impacting a small group of people who often do pay a great deal of money for their drugs, but it’s doing nothing for the uninsured, who will have to pay the full price,” said Head during his testimony in opposition on behalf of PCMA. “It’s doing nothing for the people who are receiving single-source drugs—that is, drugs with no competition—who are paying the ultimate price, because pharma has no incentives to offer a lower discounted price.”

Le Ondra Clark Harvey, PhD, CEO of the California Council of Community Behavioral Health Agencies and Executive Director of the California Access Coalition, countered the claim that premiums will drastically increase during her testimony in support of SB 1361.

“Despite what some might say, this is not impossible and premiums will not skyrocket,” said Clark Harvey. “It’s been done voluntarily by some PBMs and more stringent legislation has been passed in other states.”