In what appears to be an accident resulting from the complexity of Medicaid policy making, select regions of the state will face a new B&O tax liability on mental health crisis services beginning January 1, 2020.  Regions that will face the tax include Pierce County, Southwest and North Central Washington. The tax liability is a new tax burden that had not been applied previously to the state’s crisis services.

Other more populous regions, like King, Spokane and Snohomish Counties, will not face the tax.

This isn’t a result of deliberate policy making to burden those regions more than others. Rather, it has become a consequence of trying to drive an integrated purchasing model in Medicaid managed care. That process began with legislation in 2014 and culminated from an administrative perspective on January 1, 2020.

Prior to 2014, crisis services were procured by organizations called Regional Support Networks (RSNs). For most of Washington’s counties, these RSNs were often independent organizations, sponsored and governed by counties. King County had its RSN largely integrated into the county government. Pierce County outsourced its RSN to Optum.

In 2013, Washington State received a letter from CMS saying the procurement of its RSN system, meaning the manner by which funding moved from the state to RSN to fund mental health, was illegal. While this letter would ultimately be rescinded in 2014, it created momentum for a legislative fix during that session.

Because, as a policy matter, the state did not want to tax state dollars flowing to mental health beneficiaries, the payments made to the RSNs by the state were not subject to the B&O tax.

In 2014, Washington adopted two key bills that would integrate the purchasing of Medicaid behavioral and physical health.

One bill (SB 6312) formally ended the RSN system by merging substance use funding into the mental health funding stream. These merged streams would now be managed by “Behavioral Health Organizations” (BHOs). These BHOs were primarily built on the same model from the RSN system, but given more authority and more funding.

At the same time, another bill (HB 2572) created a process by which most of the BHO funding would migrate to the MCO contract responsibility. This process would begin with “Early Adopters” moving in 2016.  All regions of the state would, however, need to fully integrate by January 1, 2020.

In the new system envisioned by the 2014 legislation, the MCO would be responsible for crisis stabilization services.

The crisis response portion of the mental health benefit would, under the new model, be managed by a new organization: the behavioral health administrative services organization (BH-ASO). Each county would have only one BH-ASO. While the region could have one unified BH-ASO, each county could opt to manage those crisis services themselves.

Beacon Health Options has served as a crisis response administrator, braiding local, state and Medicaid dollars together, since the creation of the BH-ASO entity. It only serves in those regions where counties have decided to contract out this administration, counties such as Pierce, Clark, Okanogan, and other southwest or north central Washington counties. Those regions with BH-ASOs that are not run by Beacon are operated by counties, which do not pay B&O tax.

Prior to January 1, 2020, BHOs were explicitly exempt from the B&O tax as these were generally quasi-governmental entities. Moreover, the policy intent was that state-allocated mental health funds should go, to the greatest extent possible, to serve mental health beneficiaries. However, the exempting clause in state law sunset on January 1, 2020 despite a recommendation to continue the exemption by the Joint Legislative Audit and Review Committee (JLARC).

The preference should be continued because it supports mental health services that can prevent more serious and costly health issues.

Under the financially integrated managed care model (FIMC) for Medicaid, managed care organizations were explicitly exempted from paying B&O tax on mental health dollars as well, as they pay a premium tax on their total book of business.

As a consequence, prior to January 1, 2020, all mental health services, including crisis, were exempted, through one of three exemptions:  BHOs, MCOs or counties.

The result is that crisis response services in select counties, like Pierce and Clark counties, now face a B&O tax on all funds provided by state, Medicaid and local entities.  Since at least 90% of those funds must pass through to providers, providers are now likely to have a decrease of an amount equal to the B&O tax, about 1.5% for services like these.

In 2019, SHB 1483 was drafted to address this unequal tax treatment, earning unanimous bi-partisan support as it moved from the House Finance Committee. No entity testified in opposition to the bill. It stalled last year in the Rules Committee and hasn’t moved in 2020. 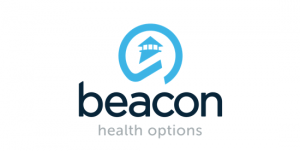 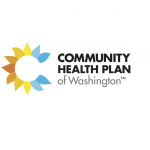