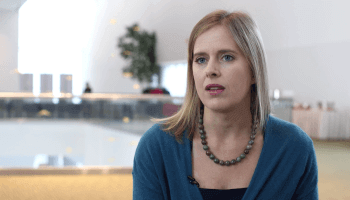 The announcement that Becky Hultberg is taking over at OAHHS as its new CEO is big, positive news for Oregon.

Hultberg is a well regarded player in health policy in Alaska, where she is one of – and perhaps the – most important public policy advocates on health policy.

So, based on almost a decade of observing Hultberg’s approach to health care in Alaska, I think there are three notable takeaways from those years which should transfer to her new role, likely to the benefit of Oregonians.

1.  She’s as familiar as one can be with the Oregon transformation project

Hultberg has worked subtlely over the years to bring the experience of Oregon’s transformation project to Alaska to inform the stakeholder conversation there.

For example, at her organization’s annual conference in a few weeks, she has John Kitzhaber as the keynote speaker to talk about the Oregon experience.

She’s put in the time to learn about Oregon’s model, and probably knows as much as one can who comes from outside of the state.

In a state (Alaska) that has a history, culture, and in some cases statutes, which stand in opposition to managed care, Hultberg has been one of the leading figures providing a platform in Alaska for the Oregon experience as one model the state might consider as it moves towards some form of managed care.

If you ask folks in Alaska who is the smartest person on Alaska health policy and health care, you’re likely to hear Hultberg’s name – more than once.

In short, she’s been on all sides of the Alaska health care experience.

That’s given her a very high level of competency in the state, and respect, which she has not let go to waste.

Following the announcement of Hultberg as the new CEO, former Governor of Oregon John Kitzhaber said,

“Becky is a dynamic visionary leader: politically savvy and deeply experienced in the challenges facing rural hospitals as well as those in more urban settings.

At ASHNHA, she’s called on the health care sector to “re-build public trust” over the issue of costs and getting value from health care.

While at the Dept. of Administration, her portfolio included purchasing care for state employees and retirees. In Alaska, it’s in the constitution that benefits for public employees cannot be diminished in value, which has been taken by public employees to mean full coverage of practically all costs.

Hultberg argued that “steerage” or some form of managed care or care coordination would need to “on the table” with public sector unions in the face of escalating costs.  See #4 from our October, 2013, 5 Things newsletter in Alaska.

But, she’s done these things and made these statements in a way that creates bridges rather than burns them, something that’s not easy to do.

At OAHHS, I expect she’ll help continue the modernization of the organization and culture, and will likely do so in a way that brings more folks into the fold rather than fewer.

3.  She wants to follow the data, not the talking point or ideology

Alaska is mired in a deep political and fiscal mess brought on by the drop in the price of oil, and the consequent hit to the public coffers.  During the legislative session, Gov. Mike Dunleavy proposed steep cuts across the board that would fundamentally reshape the Alaska economy.

Hultberg was one of the most prominent voices in health policy arguing that the process of identifying cuts was rushed, side-stepped good process, and didn’t include enough data analysis.

In his rush to craft a state budget, Gov. Mike Dunleavy and his team missed most of these decision-making steps, jeopardizing our economy and health…

We can have reasonable conversations based on full information, even if we disagree, but masking or ignoring the impacts of choices does Alaskans a disservice

This was an approach one would see from Hultberg time and time again: look to the data, and if you don’t have good data, go get some.

Bottom line:  Hultberg is a good addition to the Oregon health policy landscape.  She’ll help bring OAHHS forward as the board clearly intends, and will likely be a smart, constructive force in health policy at a time when policy leadership is in demand.