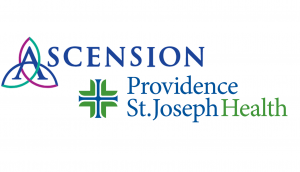 Sunday, the Wall Street Journal reported that Providence St. Josephs was in merger talks with Ascension.  This was among the most poorly kept secrets in west coast health care M&A activity of 2017.

We first heard rumors about this deal over the summer.  We didn’t report on it then because we figured that we would defer to the organizations to manage this, and that we didn’t really offer much constructive by ‘breaking’ the rumor.

What we did instead was spend the last four months talking with folks about this ‘rumor.’  We talked with folks in Washington, Texas, California and Oregon.  Some knew and were willing to share quite a bit.  Those months gave us a lot of time and content to consider what this might mean for the market.

In all, I talked with over 20 individuals about the topic, some of which were inside Providence, and most of which I spoke with on multiple occasions.

Now that this ‘rumor’ is in the public domain via the WSJ reporting, I thought I’d offer some observations gleaned from the last few months of conversations on the topic.

To that end, here are two things I know about this rumored deal, and two things I think I know but can’t confirm.

What I know:  This fits a pattern of Rod Hochman’s leadership

While he was the CEO at Swedish, current Providence CEO Rod Hochman was focused on growth. He built a strategy around creating free-standing emergency rooms in suburban Seattle that would serve as referral sources for tertiary care at downtown Swedish hospitals.

It seemed like a reasonable strategy at the time.  Few voices were opposed to it.  But, after building those ERs at a high capital cost, it turned out they operated well below projected patient volumes.  Former Swedish CEO would comment openly about these ERs missing targets, though Mill Creek performed better than Issaquah, he would note.

They were built in communities that had above average incomes so they would have a higher commercial payer mix.  However, this may have meant they had above average health system literacy.  In other words, patients weren’t beating down the ER doors, no matter how low the wait time was or how great the TVs were in the waiting room.

That period of growth led to a period of significant financial losses.  By one report, Swedish was losing $250,000 a day under this strategy.

Following those losses, Swedish looked for a merger for an answer to both its P&L and balance sheet issues.  It joined Providence Health and Services as a region within the broader 5-state system.

Since that merger, financial performance has struggled.  Moreover, I’m told that the merger with St. Joseph’s is not going smoothly.  I have been told that the leadership at St. Joseph’s believes it was “sold a bill of goods,” and that Providence has treated this much more like a take-over than the merger St. Joe’s leadership thought it was getting.

From that turbulence, looking back on Hochman’s leadership at Swedish, it appears that looking for a bigger partner to bolster the organization fits with the pattern Hochman established at Swedish.

This deal makes some sense.  Ascension relies on a de-centralized model of administration where regions are allowed significant autonomy to manage their operations.  Because of the lack of an overlapping footprint by the two systems, it’s reasonable to think that Providence St. Joseph will remain largely autonomous.

Meanwhile, they will continue to gain benefits of scale in some administrative areas, like HR, IT and perhaps finance and contracting.

It might also provide the unified hospital giant some leverage with national plans like Aetna and United.  If there can be deeper strategic alignment between the hospital system and a payer, or if this will give the hospital system greater leverage, then this could make financial sense.

However, this deal also makes no sense.

The markets where these two providers operate have different payers.  The national plans have, with some exception, limited market share in the markets that Providence operates in.  The west coast markets are largely dominated by regional Blue plans and Kaiser.  So, there isn’t much leverage gained by working with one another.

Moreover, there are no referral partners gained from this deal.  Providence and Ascension are already strong, sophisticated providers.  The Seattle, Anchorage and Los Angeles markets in which Providence operates don’t need the Tulsa, Jacksonville (GA), and Chicago markets, among others, that Ascension represents.

The rationale for doing the deal must be something else.

What I think I know:  Swedish Health & Services is part of the hold up

I learned Friday from two sources that have only second-hand knowledge that Ascension is looking to carve out the Puget Sound-based Swedish hospitals from the deal.  In 2016, the hospitals lost $68m according to state financial disclosures.  This was on a net income of just over a $1m for the entire Providence system in Washington State for the year.

I’m learned over the fall from multiple sources that the way Rod Hochman and Providence handled the Swedish neurosurgery matter with Johnny Delashaw catalyzed and was concurrent with a concern at Swedish that it needed to review and reconsider its arrangement with Providence.  This was a conversation that was happening internally and out of public view, and within the context of keeping arrangement together.  However, Swedish was giving voice to its unhappiness with the arrangement under Hochman’s leadership.

There is a rumor that, as a result of Swedish’s concerns with Providence, and Ascension’s interest in carving out Swedish, that Swedish has has begun conversations with Kaiser Washington about working more closely together moving forward.

This could make a lot of sense.  Swedish is contracted to provide hospital services to Kaiser, so there is strong working relationship already in place.  Having a closer hospital partnership is certainly within the Kaiser model, which sometimes owns its own facilities in other markets.

Only a deal like this one could move the Puget Sound health care pieces around so that they ended with Kaiser and Swedish more closely aligned.

What I think I know:  There is not consensus among the senior leadership team at Providence about this deal

There is such a thing as too big, when the size and scale of an operation become larger than will allow for efficiencies to be gained.  Here’s what they teach about this in Econ 101. 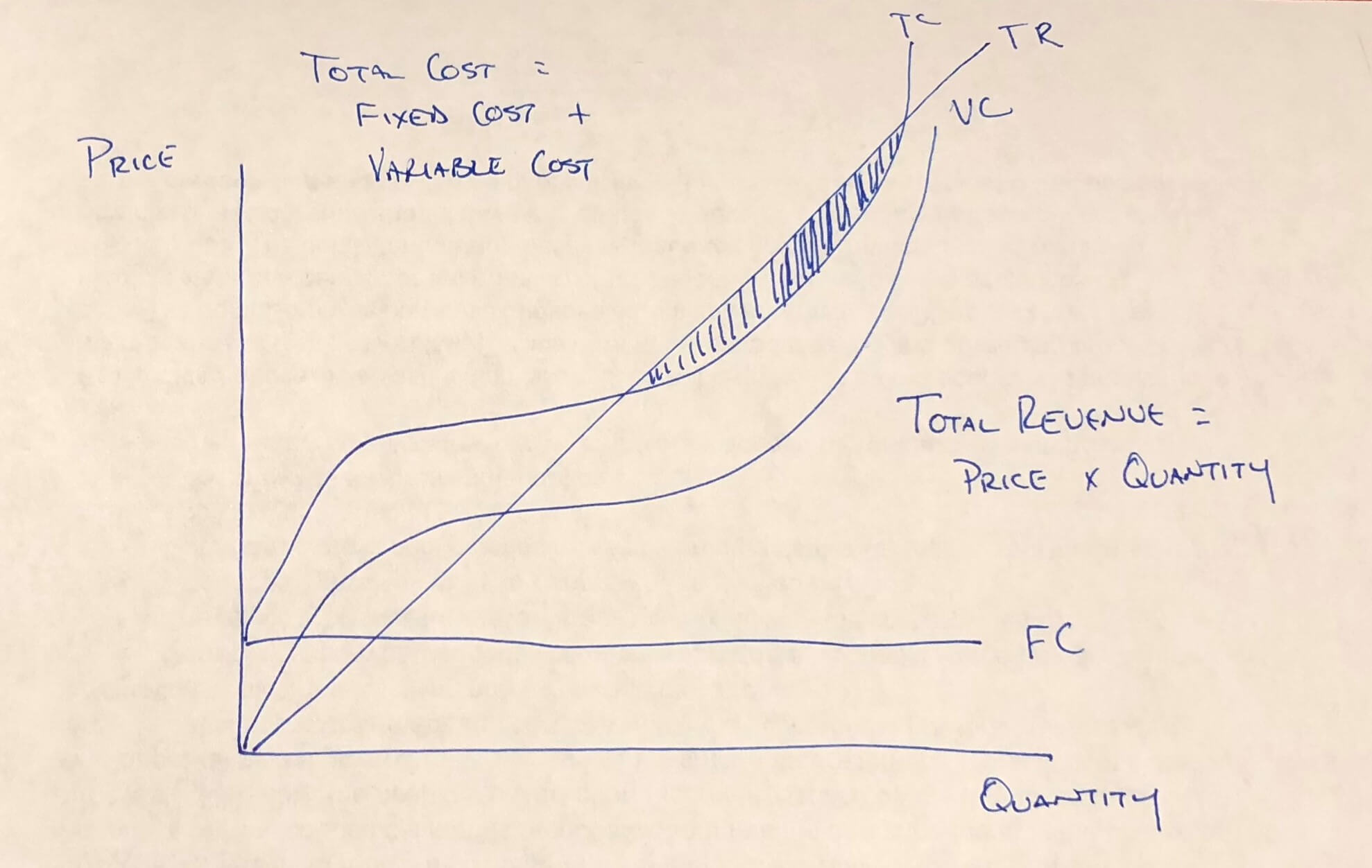 This chart shows the economies of scale that come with growth. At the beginning, your revenue doesn’t outpace your costs.  There are fixed costs (rent, capital costs, etc) and variable costs (labor).  When you open your doors (low quantity, left side of the graph), your revenue is below your costs.  Revenue comes from price multiplied by quantity.

As you grow, your hospital can make money where the revenue outpaces costs.

As you grow too much, your revenue doesn’t match costs that have an ever higher marginal cost increase.  In other words, at a certain point, every additional unit of health care delivered is more costly than the previous unit.

Generally speaking, this is an empirical statement.  Costs simply go up.  And at a certain point, you are too big to be efficient.

The problem in health care is that every year prices go up.  If prices can go up faster than costs, increasing inefficiencies on the cost side can be masked by increasing revenue from increasing prices.

This is why, in part, we have a cost problem in the US health care system:  when operations become too inefficient, prices can be increased at a rate that outpaces those cost increases, particularly in markets where providers have market leverage.  As a system, there is little incentive to control costs when a system can ask for more money on the revenue side from plans that are, generally speaking, willing to pay for it (because their customers are willing to pay for it).

At Providence, the folks responsible for operations have – I’m told – voiced concerns about getting any bigger.  They are delivering care, and see the upward pressure of costs.  They don’t generally control revenue, something centered in the contract negotiations in Renton and the whimsy of the market.

But they are responsible for costs.  And, the costs keep going up – particularly those costs assigned from Renton to the facilities’ P&L.

In Providence’s accounting model, all overhead costs from the system office in Renton are allocated to proportionally to each hospital.  Those costs include reasonable costs, like IT and HR, as well as some finance work.

However, some on the operations side of Providence are concerned that the system costs continue to go up, meaning each hospital has to account for an increasing allocation from “overhead” from the system office.

Those costs now include things like the TV studio Providence has built, the venture capital fund with more than 150 employees, and the growth in the system office from 400 employees eight years ago to the more than 4,000 employees in Renton now.

If you’re in the community delivering care, in a turbulent market, and you have to carry the overhead of 4,000 employees in Renton, it’s not clear this deal provides you much value.  And, it might actually look upside down from where some sit.

It’s simply not clear why this deal would need to get done.  It doesn’t appear to provide any value to consumers, to communities that Providence St. Joseph serves, or to the delivery and/or financing of care at Providence.  It doesn’t support a national payer strategy because most national payers have relatively low market share in the west.  And, it doesn’t seem to benefit the organizations from increased administrative scale, as both organizations already have a significant footprint.

On the other hand, there are perhaps no two hospital organizations for which a merger like this makes more sense.  Both catholic systems are culturally aligned, have different operational footprints, and if they ever want to grow larger, this may well be the best way to do it quickly.  In other words, in many ways these two organizations fit together like hand and glove.

I guess we’ll all see how it comes together.