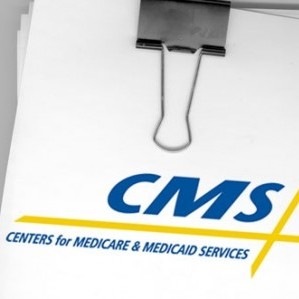 Yesterday, the Centers for Medicare & Medicaid Services (CMS) announced that Medicare Advantage premiums will remain stable and more enrollees will have access to higher quality plans while, for a sixth straight year, enrollment is projected to increase to a new all-time high. In addition, CMS released today new information that shows that millions of seniors and people with disabilities with Medicare continue to enjoy prescription drug discounts and affordable benefits as a result of the Affordable Care Act. Today’s announcement comes as CMS releases the premiums and costs for Medicare health and drug plans for the 2016 calendar year.

CMS estimates that the average Medicare Advantage premium will decrease by $0.31 next year, from $32.91 on average in 2015 to $32.60 in 2016. The majority of Medicare Advantage enrollees (59 percent) will face no premium increase.

“Seniors and people with disabilities continue to experience stable premiums in Medicare health and drug plans while benefiting from a transparent and competitive marketplace,” said Sean Cavanaugh, CMS deputy administrator and director of the Center for Medicare. “Medicare Advantage and prescription drug plans remain affordable and provide high quality care.”

Access to the Medicare Advantage program will remain strong, with 99 percent of beneficiaries having access to a plan. In addition, in 2016, more Medicare Advantage plans will offer supplemental benefits for enrollees, such as dental, vision and hearing benefits. Between 2010, when the Affordable Care Act was enacted, and 2016, premiums are expected to decrease by nearly 10 percent and enrollment is projected to increase by more than 50 percent to approximately 17.4 million enrollees, which represents about 32 percent of the Medicare population. At the same time, beneficiaries are receiving higher quality care. About 65 percent of Medicare Advantage enrollees are currently enrolled in plans with four or more stars for 2016, a significant increase from an estimated 17 percent of enrollees in such plans in 2009.

Premiums in the Medicare Prescription Drug Program (Part D) will also be stable next year. Earlier this year, CMS announced that the average basic Medicare prescription drug plan premium in 2016 is projected to remain stable at $32.50 per month. Because of the Affordable Care Act, people with Medicare are seeing reduced costs through both savings on covered brand-name and generic drugs and access to certain preventive services at no cost sharing. Since the passage of the Affordable Care Act, which closes the prescription drug “donut hole” over time, more than 9.8 million people with Medicare have saved over $17.6 billion on prescription drugs through July 2015 as a result of the discounts in the donut hole and rebates in 2010, for an average of $1,796 per beneficiary.

Quality in Part D continues to be robust, with close to 50 percent of prescription drug plans receiving four or more stars. These plans serve about one-third of prescription drug plan enrollees, compared to 27 percent of enrollees in plans with four or more stars in 2009. CMS calculates star ratings from one to five (with five being the best) based on quality and performance for Medicare health and drug plans to help beneficiaries, their families, and caregivers compare plans.