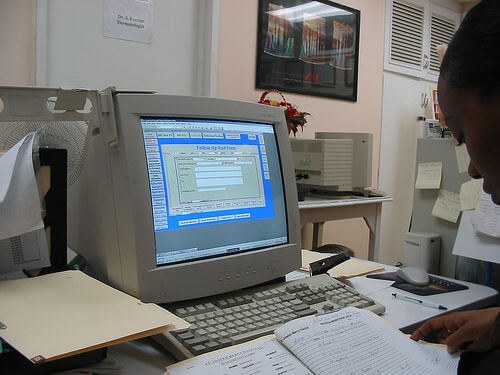 According to newly released CMS numbers, less than 17 percent of the nation’s hospitals have demonstrated Stage 2 capabilities. Further, less than 38 percent of eligible hospitals (EHs) and critical access hospitals (CAHs) have met either Stage of Meaningful Use in 2014, highlighting the difficulty of program requirements and foretelling continued struggles in 2015. And while eligible professionals (EPs) have until the end of February to report their progress, only 2 percent have demonstrated Stage 2 capabilities thus far.

“Meaningful Use participation data released today have validated the concerns of providers and IT leaders. These numbers continue to underscore the need for a sensible glide-path in 2015,” said CHIME President and CEO Russell P. Branzell, FCHIME, CHCIO. “Providers have struggled mightily in 2014, in many instances for reasons beyond their control. If nothing is done to help them get back on track in 2015, we will continue to see growing dissatisfaction with EHRs and disenchantment with Meaningful Use.”

CMS data required by Congress indicate that more than 3,900 hospitals must meet Stage 2 measures and objectives in 2015 and more than 260,000 eligible professionals (EPs) will need to be similarly positioned by January 1, 2015. Given the low attestation data for 2014 and the tremendous number of providers required, but likely unable to fulfill, Stage 2 for a full 365-days in 2015, healthcare leaders have pressed for a shortened reporting period in 2015, mirroring the policy of 2014.

“The low number of EP attestations to date is clear evidence that physician practices and their vendor partners have faced significant challenges in meeting the more onerous Stage 2 requirements of meaningful use,” said Anders M. Gilberg, Senior Vice President, government affairs, MGMA. “Shortening the reporting period in 2015 is a much needed change if the program is to remain viable and is a critical step if the nation is to continue making progress toward the goal of interoperability.”

“We’re focused on transforming health and healthcare,” said Carla Smith, MA, CNM, FHIMSS, Executive Vice President of HIMSS. “Meaningful Use Stage 2 and 2014 certified EHR technology are important drivers toward that outcome. If CMS continues to require a full-year of Meaningful Use reporting for 2015, we anticipate that large segments of providers will no longer be able to participate in the program—which hinders our nation’s ability to improve the quality, safety, cost-effectiveness, and access to care.”

A coalition of national provider groups have repeatedly told CMS that a shortened reporting period will have a dramatically positive effect on program participation and policy outcomes sought in 2015. Additionally, allowing flexibility in how providers meet the Stage 2 requirements, particularly related to Transitions of Care and View, Download, Transmit measures would also improve program participation.

In response to a CMS final rule issued in September, provider groups sent a letter to Health and Human Service Secretary Burwell saying additional time would help hundreds of thousands of providers meet Stage 2 requirements in an effective and safe manner. Further, the group of nearly twenty national provider organizations said a shortened reporting period and flexibility on the Transitions of Care and View, Download, Transmit measures would serve as positive incentive for those who must seek alternative paths to MU in 2014 to continue their work in 2015.

“The agency’s decision to require a full-year of reporting using 2014 Edition certified EHR technology (CEHRT) in 2015 puts many eligible hospitals and physicians at risk of not meeting Meaningful Use next year and hinders the forward trajectory of the program,” the letter states.