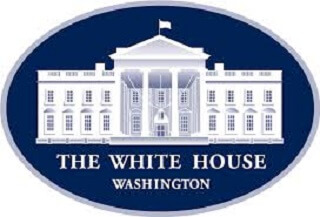 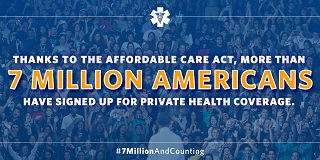 From the White House blog:

Today, the White House announced that more than 7 million Americans signed up for affordable care through the Health Insurance Marketplace during the Affordable Care Act’s open enrollment, which ended on March 31.

The number, announced during Press Secretary Jay Carney’s briefing, means that millions of Americans across the country now have access to quality, affordable care. And as numbers continue to come in from states that run their own Marketplaces, that number will continue to rise.

Later today, President Obama will deliver a statement on the Affordable Care Act in the Rose Garden — you can watch on WhiteHouse.gov/Live at 4:15 p.m. ET.

Though HealthCare.gov got off to a rocky start in October, the open enrollment period ended with soaring interest — including a record-breaking 4.8 million visits toHealthCare.gov, and around 2 million calls to CMS call centers. Throughout this weekend, Americans across the country were literally lined up around the block at local enrollment centers.

It’s important to remember that 7 million represents only part of the total number of people who have received coverage under the Affordable Care Act: millions more have been covered by state Medicaid expansions, and around 3 million Americans under 26 are now covered under their parents’ plans.