Over the weekend, the Kaiser Family Foundation released their latest survey data on public opinion and awareness about key aspects of the Affordable Care Act.

As always, there are some interesting nuggets in there.

Public awareness of the ACA

First, here’s one you can expect to change pretty quick.  While the overwhelming number of respondents said they don’t know much about the ACA, I expect that will start to change soon.

Major marketing efforts – particularly by Premera – has yet to fully materialize.  (Premera is the dominant exchange plan in Washington State and Alaska, and its subsidiary Lifewise is the second largest individual plan in Oregon’s current market.) 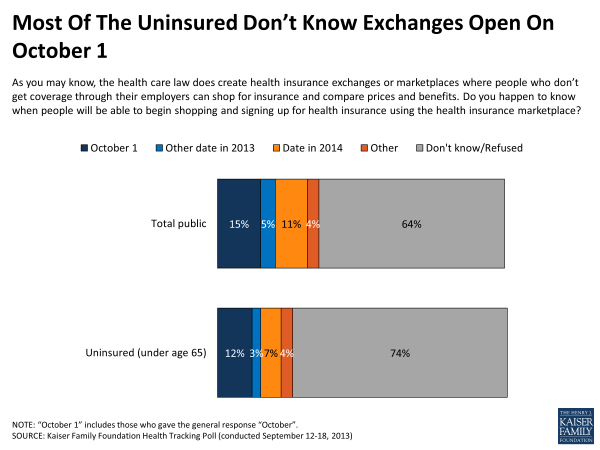 Opposition to Implementing the Law

Also of note:  those with an “unfavorable” view of the ACA still strongly believe that the law should be repealed.  However, overall that number is only 35% of the respondents.

Which puts the latest efforts at filibustering implementation, votes to defund the law, and other efforts in opposition to the statute, in some perspective.

One might argue the work is more about appealing to the anti-government base ahead of Republican primaries (Congressional and 2016 presidential) than governance.

That’s not to say that many folks don’t have legitimate concerns with the law.  But concerns are things that get fixed.  Full throated opposition that has little realistic chance of success and which does not have broad public support is not about “fixing” any concerns. 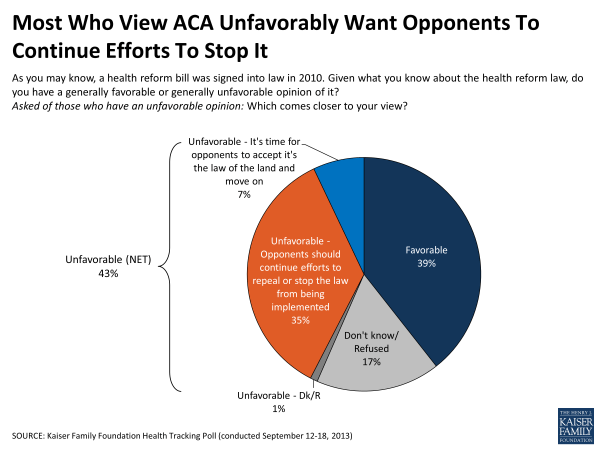