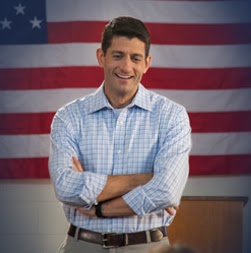 Healthcare will be a central part of the proposal, particularly Medicare.

In an op-ed in yesterday’s Wall Street Journal, Ryan penned the following.

Second, health care. Our budget repeals the president’s health-care law and replaces it with patient-centered reforms. It also protects and strengthens Medicare. I want Medicare to be there for my kids—just as it’s there for my mom today. But Medicare is going broke. Under our proposal, those in or near retirement will see no changes, and future beneficiaries will inherit a program they can count on. Starting in 2024, we’ll offer eligible seniors a range of insurance plans from which they can choose—including traditional Medicare—and help them pay the premiums.

The other side will demagogue this issue. But remember: Anyone who attacks our Medicare proposal without offering a credible alternative is complicit in the program’s demise.

Clearly, Medicare needs reform.  I don’t think any objective opinion would argue that it needs changes.

Some might argue the change needs to be better funding, though.  So it’s not clear that Ryan’s plan to move Medicare to a private insurance model is the way to go in terms of public support.  He’s made that case, and it’s been a hard sell.

However, any change will be a hard sell to the American public – including an increase in the taxes needed to fund the program.

Whatever the outcome, let’s all hope there is some movement towards resolution rather than a simple rehash of the last 4 years of argument over healthcare.