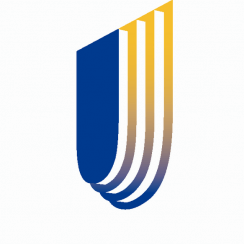 Most providers are busy seeing their patients.  They are not worried about what the insurance exchange will do to their business.

They should be.  Plans looking ahead to the exchange see an environment where costs have jumped significantly – between 50% and 70% according to Premera.  The marketplace will have largely standardized benefits, existing within proscribed actuarial bands (both on the exchange and off).

Plans will generally only be able to differentiate themselves based on price, customer service, marketing and their provider network.

So, on price, we’re now seeing smart plans actively engaging providers to line up early networks and contracts for the exchange products.  The contracts, however, are for Medicaid rates.

In other words, many of the patients seen by providers that are considered “commercial” patients today will have care reimbursed at near Medicaid rates tomorrow.

Why?  Well, a couple of key reasons.

1.  What we think of as the “commercial” marketplace is effectively going away.  For the most part, the marketplace with an exchange will have three general cohorts:  Medicaid, self-insured/large group, and the exchange.  There will be some additional market activity (federal BHP, catastrophic coverage, non-subsidized commercial), but the vast majority of the 7 million Washington State residents will fall into these three categories.

2.  In this environment, plans will align with key providers with which they can collaborate in risk sharing arrangements.  These will look like ACOs, or what we think of as ACO’s.  Providers in these arrangements will not have straight fee-for-service arrangements comparable to the commercial market today.

3.  Those other providers, the non-preferred providers outside of a collaborative plan arrangement, will either not contract at all with plans, or they will have to do so at significantly lower rates.  And, current negotiations are starting at Medicaid rates.

4.  Medicaid plans will be entering the exchange marketplace, and will be doing so with their Medicaid network in place.  Some Medicaid plans have already included in their provider contracts the clause that says the network contract is for Medicaid and exchange products both.  Those plans are looking well ahead.

The Washington insurance exchange recently pushed out the call for plan applicants until March.  Oregon’s call for applicants is underway now.  In other words, plans are working diligently to put together models for their future exchange products.

Many providers have no idea what that will mean for their bottom line.