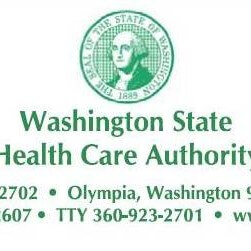 During the painful economic downturn, the Legislature has implemented a series of very tough payment cuts to providers.  No surprise there.

However, what has been surprising is the administration of those cuts.  Often, the Legislature has made the payment cuts effective immediately.  However, given CMS regulations, the cuts can’t be implemented to the provider until CMS approves those cuts.  Typically this is done through a state plan amendment, which can take as long as 9 months to approve.

The consequence is that Medicaid pays providers a rate higher than the Legislature appropriated until CMS approves the rate cut.  After the rate cut, the HCA then attempts to recoup those payments from providers to make up for the previous “over payment.”

The cash flow crunch that results for providers can be challenging or devastating, depending on the percentage of Medicaid patients in the providers payer mix, and the ability to draw revenue from other sources.

Now, hospitals are starting to see the pinch.  The latest Washington State Hospital Association highlights the process.  Here’s a screen shot of their latest edition.