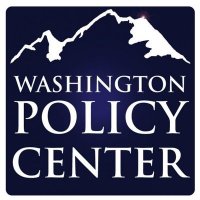 While the debate continues over the scope of the tax increases in the federal health care law, a state level tax could be in store for Washingtonians if lawmakers decide to expand Medicaid under the new discretion granted by the recent Supreme Court ruling.

A recent Urban Institute report commissioned by the Office of Financial Management estimated the “state share of spending” for Medicaid under the federal law (including the expansion) would grow from $2.66 billion in 2013 to $3.81 billion in 2019 – an increase of $1.15 billion or a 43% increase.

The Urban Institute estimate for just the newly eligible portion of the Medicaid expansion is around $481 million for 2017-19 (page 80 of report). This estimate, however, does not include any potential administrative costs the state may incur.

So how could Medicaid expansion lead to higher state taxes? Consider the fact that billions in increased spending are being estimated for the recent K-12 McCleary school funding ruling and candidates for Governor have indicated their plans to also increase spending for higher education. These potential education spending increases may leave little room for a high dollar increase in state Medicaid spending.

This is why both Democrat and Republican Governors across the country are slowing down efforts to move forward with the Medicaid expansion. As reported by the Washington Post:

While the resistance of Republican governors has dominated the debate over the health-care law following last month’s Supreme Court decision to uphold it, a number of Democratic governors are also quietly voicing concerns about a key provision to expand coverage.

At least seven Democratic governors have been noncommittal about their willingness to go along with expanding their states’ Medicaid programs, the chief means by which the law would extend coverage to millions of Americans with incomes below or near the poverty line.

‘Unlike the federal government, Montana can’t just print money,’ Gov. Brian Schweitzer (D) said in a statement Wednesday. ‘We have a budget surplus, and we’re going to keep it that way.’

According to Governor Gregoire’s Office, the earliest a decision could be made in Washington on whether to pursue the Medicaid expansion would be next April. The Legislature would need to affirmatively approve any Medicaid expansion due to its power of the purse.

In a letter today the White House said there is no deadline for a state to decide on the Medicaid expansion.

State lawmakers will hold a public work session on July 25 to learn more about the impact of the Supreme Court’s ruling and any Medicaid expansion in Washington: