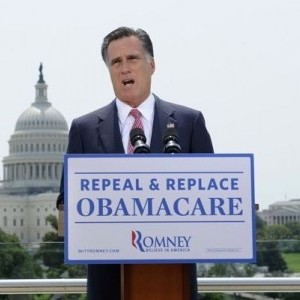 Looking At States To Predict The Future Of The ACA

Whether or not Obama or Romney wins the upcoming presidential election in November, we’re betting the ACA is here to stay.  “Repeal” has been a popular rally cry for the conservative base, but reality sits with a Senate currently controlled by Democrats. Even if the Republicans pick up the Senate, currently divided 53-47, it would mean they’d have to pick up 6 of the 8 races currently identified as toss ups.

That said, even new observers of Congressional politics know that to fully overturn, repeal, or even “de-fund” the ACA, you’re going to need to get 60 votes in the Senate.  To get to 60, Republicans will have to take 18 of the 21 seats that are in play this year.  That effectively means running the table in states that include Washington State, where Sen. Cantwell will face an opponent who has raised about 1/20th what she has raised.  That’s an unlikely scenario.

And even with some recent national polls showing Romney with a 1 point lead over Obama, the United States doesn’t vote nationally.  We determine our president state-by-state via the Electoral College.

So, it’s in “toss-up” states like Ohio and Florida that polling data needs to be analyzed. Respectively, the most recent polls from Real Clear Politics show Obama +2 in Ohio and +5 in Florida. It’s these numbers that predict a state’s electoral votes, which have allowed CNN to predict an outcome in Obama’s favor on their electoral map.

Further, Intrade predicts the likelihood of an Obama reelection at 58%, based on national opinion. As far as US Senate races go in swing states, in Florida the odds favor Democrat Bill Nelson to win the U.S. Senate race at 50%, while the odds for any republican to win rest below 44%.  Here’s a swing state run down from Polltracker.

The bottom line:  it is just not reasonable to expect that the ACA is doing anything but remaining the law of the land.