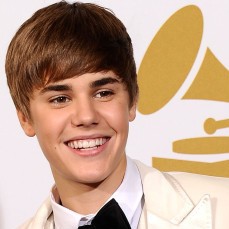 Canadian Healthcare: The Good and the Bad

Looking at various systems of care to learn how different systems do things is a high value exercise.  However, I’m reminded in reading this blog post this morning that it’s high value for two reasons: because you can learn how to do things better, and because you can see where you get high marks here at home.

Two stories this week that remind me of both.  First, an explanation from – of all people – Justin Bieber saying the emperor has no clothes (nod to Slog).

Asked if he wanted to become an American citizen, Bieber made clear his love for Canada—and its health care system. “You guys are evil,” he told the magazine. “Canada’s the best country in the world. We go to the doctor and we don’t need to worry about paying him, but here, your whole life, you’re broke because of medical bills. My bodyguard’s baby was premature, and now he has to pay for it. In Canada, if your baby’s premature, he stays in the hospital as long as he needs to, and then you go home.”

Then, there’s this post from “Not Running a Hospital” on his recent adventures in the Canadian health care system.

The Canadian health care system is quite good, and we knew we could expect good treatment.  What we did not understand is that a person from another country has to personally register and prove his or her ability to pay before going through the ED triage nurse.  So, this injured patient was sent to walk to another part of the hospital and spend a good amount of time filling out paperwork–including a promise to be bound by the legal system of the province in the event of a malpractice claim–before being evaluated.  Once this was over and the patient could be seen, the doctor immediately fitted the person with a neck brace, just in case there was serious spinal injury.

Also, the patient needed a CT scan, which was not offered in the local hospital.  The staff at the local hospital called ahead to the regional hospital and said someone would be waiting for us.  We drove to that hospital, about 20 minutes away.  Not only was no one waiting, but the person at the front desk wanted the patient to go through all the paperwork again.  After persuading that person that the forms were already filled out, the patient was sent to radiology, where the door was locked and no one was visible.  Rousing a custodian, the patient finally found the way to the CAT scanning area and found a technician.