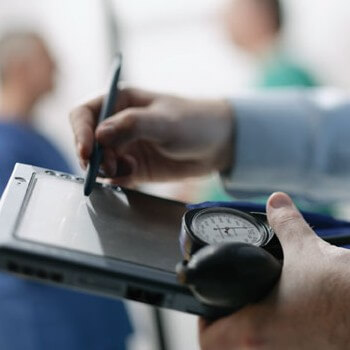 A study released yesterday found that physicians using EHRs have lower malpractice claims against them than physicians not using EHRs.

The study took a look at a fixed group of physicians over a period of time which included pre- and post-EHR implementation in their practice.

Of the 189 physicians surveyed in both 2005 and 2007, a total of 27 (14.3%) were named in at least 1 malpractice claim. Overall, 33 of the 275 physicians from multiple surgical and medical specialties who responded in 2005 and/or 2007 incurred a total of 51 unique claims (Table); 49 of these claims were related to events occurring before EHR adoption, and 2 were related to events occurring after EHR adoption. The use of EHRs was associated with a lower rate of malpractice claims, with an estimated relative risk of 0.16 (95% CI, 0.04-0.71).

While the study includes comments related to possible external reasons for the lower malpractice claims, this study adds to a growing body of evidence that use of EHRs has a positive impact on depressing the lower quality care and errors that lead to malpractice claims.