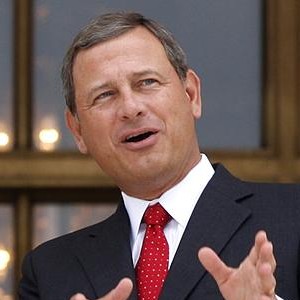 Did John Roberts Change His Mind At The Last Minute?

Thursday’s decision came as a surprise to almost everyone.  The majority of folks, both in the punditry and at InTrade, thought at least the individual mandate was going down.  I thought – obviously now wildly off the mark – that the entire act would get thrown out.

To add insult to injury, I even publicly wrote that I thought there was only a 10% chance that the Court would uphold the entire law.  These two points alone provide two important conclusions.

1.  Never listen to anyone who tells you they know what the Court is going to do.

2.  When you hear me saying something about the Supreme Court, read bullet one.

This is important preface to the question to which I now turn, and which has so many folk flustered:  how did so many misread the outcome of this decision?

After stewing on this for 24 hours, I think there are three main points we should reflect on.

1.  We were right – but we forgot.  Early observers noted that Kennedy was the most likely swing vote.  But, it was also noted, as we reported here, that Chief Justice Roberts was a key swing vote as well.  He was overlooked as things moved towards a decision.

2.  We were right – but only half right.  It’s different being Chief Justice.  You not only have the law to keep in mind, but it falls primarily to you to uphold the institution of the Supreme Court.  And, when you have that responsibility, that is different than being simply an Associate Justice.  Charles Krauthammer lays out a cogent argument to this end here.

It is impossible for a lawyer to read even the first few pages of the dissent without coming away with the impression that this is a majority opinion that at the last moment lost its fifth vote. Its structure and tone are those of a winning coalition, not that of the losing side in the most controversial Supreme Court case in many years. But when we get to Page 13, far more conclusive evidence appears:  No less than 15 times in the space of the next few pages, the dissent refers to Ruth Bader Ginsburg’s concurring opinion as “Justice Ginsburg’s dissent.”

There is one likely explanation for this: The dissent was the majority opinion when those who voted to overturn the entire ACA signed off on sending their text to the printer.  In other words, Chief Justice Roberts changed his vote at the very last possible moment.

It is inconceivable that the dissent reads as it does by inadvertence. We can be sure every word of it was proofread countless times by the dissenters’ 16 clerks, all of whom know how to make a global change on a word processing program.

Another unavoidable conclusion seems to be that the dissenters intentionally left the parts of their text referring to Ginsburg’s “dissent” unchanged. This was a symbolic gesture, intended to reveal, without formally breaking the  justices’ code of silence, what the Chief Justice did to them — and, as they no doubt see it, to the country and the Constitution —  through his last-moment reversal.

Also interesting to note was the uncommon emotion on the part of the justices.  Roberts was “red eyed and unhappy as he read,” tweeted Jeffrey Toobin, while the WSJ says Kennedy was, in reading the dissent, “angry as he did so.”  This level of visible emotion is suggestive of the tremendous pressure on the Court, at a minimum, and possible a sense of personal pique between the judges.

Finally, it is worth noting how clear that dissenting opinion by Scalia, Alito, Thomas, and read by Kennedy was.

In our view, the entire Act before us is invalid in its entirety.

So, in the end, our reading of Kennedy was correct.  And, our view that the entire Act was set to be thrown out could also be correct.

But what we missed – and what so many observers missed – is that the Supreme Court continues to be a political animal.  In this instance, the deciding vote adhered to branch politics rather than partisan politics.  As Chief Justice, John Roberts was looking out for the interests of the Court rather than the interests of those who supported him during his confirmation.

Who could have seen that coming?