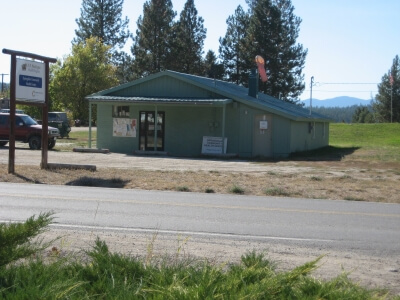 What If? Payment for Rural Providers

State of Reform is proud to launch, in collaboration with the Univ of Washington School of Public Health – Health Policy Center Initiative , a series titled “What If: A Post-Supreme Court World.”  This is the seventh piece in a series of contributions hosted on our news site, by a range of authors, about the possibilities for health care in a still hypothetical world after a Supreme Court decision.

How will our State’s rural hospitals and health care providers be affected by the Affordable Care Act (ACA), or by its possible repeal? Potentially three ways: changes in the way public programs – especially Medicare and Medicaid – pay rural hospitals; increases in the demand for care generated by the expansion of health insurance to people not currently covered; and provisions in the Act to increase the supply of primary care providers practicing in rural areas. This blog addresses payment to rural providers.

Rural providers face uniquely difficult challenges in meeting the health care needs of their communities. First, rural populations tend to be older, poorer, and less healthy than urban populations. Second, fewer rural residents have health insurance. Third, Medicare and Medicaid pay for over half of all care delivered by rural providers, making these two programs critical to their financial viability.

In 1997, Congress enacted the Critical Access Hospital (CAH) program to preserve access to health care for rural Medicare beneficiaries. Washington State enacted similar legislation in 2001 to preserve health care services for the rural Medicaid population. In addition, CAHs employ many of the physicians in their local communities through the federal-state Rural Health Clinic (RHC) program.

Almost all of Washington’s rural hospitals – many extremely isolated – are designated as CAHs. These 38 hospitals make up 40% of the state’s hospitals and serve over 60% of the state’s geography. Medicare and Medicaid pay CAHs based on “allowable costs” – key to their survival. Similarly, RHCs receive “cost-based” payment from Medicare and Medicaid. Without the CAH and RHC programs and their payment mechanisms, many rural hospitals would have to close their doors and physician shortages in rural areas would be even more severe.

Hence, a critical question regarding the impact of the ACA on rural populations is whether the Act would maintain, modify, or eliminate the CAH and RHC programs.

The ACA is essentially silent on this issue.

CAHs are explicitly mentioned only in a provision of the Act that requires the federal government to develop a “value-based purchasing program” to test “innovative methods of measuring and rewarding quality and efficient health care furnished by such hospitals.”

The immediate threat to CAH and RHC funding, then, will come in enacting the 2013-14 federal budget. Budgets proposed by the Congressional Budget Office and the President include options to eliminate all or some CAH designations, to increase the distance required between a CAH-designated hospital and the nearest alternative hospital, and to reduce Medicare payment from 101% to 100% of costs. In addition, under a provision of last year’s federal Budget Control Act, all rural hospitals are likely to see their Medicare payments cut 2% in 2013. As Congress looks for places to trim health spending, what will come out of the budgeting process is anyone’s guess. It is unlikely that rural hospitals will escape unscathed.

Payment for rural providers is tenuous at the state level, too. In the legislative session just ended, CAHs escaped what would have been financial disaster when HB 2130, which would have allowed the State to eliminate Medicaid cost-based reimbursement to CAHs, was defeated. The proposed state payment reduction, combined with associated cuts in the Medicaid 1:1 federal match and in Medicaid managed care payments, would have cost the state’s rural hospitals $85 million.

The session did engender an understanding among legislators that there is a pressing need for in-depth examination of our rural health system. There is little question that State support of rural hospitals will be on next year’s legislative agenda. The outcome? Again, anyone’s guess!

As for the ACA, repeal of the individual mandate – or the whole Act – might affect anticipated demand for health care in rural areas, but certainly will not affect the need. Dedicated public support will continue to be essential to ensuring that rural providers can respond.