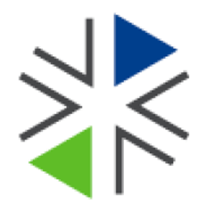 UPDATED:  Board approved list of advisory members posted below.

At today’s standing room only Exchange Board meeting, a list of nominees to the Exchange Advisory Committee will be on the agenda for review.

There are some interesting names among the almost 60 names self- and board nominated individuals.  Usually, these committees are populated by executives focused on government relations or public policy.  In this case, there are some more senior level folks interested in participating, including:

You can see the full list of nominees here.

UPDATED:  The Exchange Board adopted the recommendation of a small group of board members to appoint the following members to the Exchange Advisory Committee.  Commissioner Kreidler voiced concern that there were not enough consumer representatives on the Committee.  Teresa Mosqueda, a board member from the Washington State Labor Council, offered that she would have liked to have seen a representative from CHP on the committee, given the role CHPW has working with lower income exchange participants.

The buzz in the crowd after the vote?  “None of the usual suspects are on that list.”  “They knew what they were doing. They were cutting us out on purpose.”