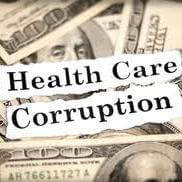 107 People Across The Country Charged With Medicare Billing Fraud

According to the Everett Herald article “Medicare Crackdown” published on Thursday, May 3rd, 107 medical professionals, primarily doctors, nurses and social workers, were “accused of fraudulently billing Medicare nearly half a billion dollars.” On Wednesday, 87 defendants were arrested, with another 20 either expected to surrender or being in search for. The article continues that the $452 million was the largest fraud in a single raid in the history of a federal strike force.

In a related article in the Everett Herald:

Among those arrested Wednesday were the owners of two community mental health centers in Baton Rouge, charged with billing $225 million in their scams. Hoor Naz Jafri and Roslyn Dogan allegedly recruited vulnerable patients, including elderly people, drug addicts and the mentally ill. Patient charts were doctored to show services that were billed to Medicare but often never given, according to an indictment…

During the investigation, federal authorities tried to put a hold on the company’s bank account. Dogan asked to visit the U.S. Attorney’s Office to review and copy documents that had been seized as part of a search. After the visit, “Dogan and co-conspirators bragged that, while pretending to copy files, they actually stole incriminating documents from the files and later destroyed them.” Dogan referred to herself as a “smooth criminal,” according to the indictment…

They could face life in prison if convicted. A woman who answered the phone at one of the companies hung up and an email to the company was not immediately returned.

Last year the federal government charged 1,430 people with health care fraud, up from 797 in 2008, according to the Health and Human Services Department. The agency also reported revoking the eligibility of more than 60,000 Medicare and Medicaid providers and suppliers and recovering $4.1 billion in fraudulent claims.

The article also illustrates that the latest arrests were encouraging and demonstrated the governmental efforts to fight fraud:

The system that was set up by the health care law President Barack Obama signed two years ago, relies on a computer program to identify patterns of potentially fraudulent charge by provides. “That really has the promise to be a game-changer.”