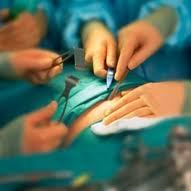 On Tuesday, April 24 both the Everett Herald and the Seattle Times ran articles reflecting studies of the cost of appendix surgery recently published by Archives of Internal Medicine.

According to the research, appendectomy can cost anywhere from $1,500 to $182,955 with, based on the data in the Herald, the nationwide average price for an appendectomy at almost $28,000.

Dr. Renee Y. Hsia, the study’s leader and an assistant professor of emergency medicine at the University of California, San Francisco declares:

There’s no rhyme or reason for how patients are charged or how hospitals come up with charges. There’s no other industry where you get charged 100 times the same amount, or 121 times, for the same product.

Based on the Herald’s article,the research showed following results:

Uninsured and Medicaid patients had slightly higher bills than those with private insurance.

Charges were highest at for-profit hospitals, followed by nonprofits.

With regard to the Seattle Times,despite the fact that the researchers excluded all of the complicated cases and only looked at patients with similar circumstances, the disparities were high:

…[the]research was supported by the Robert Wood Johnson Foundation and the National Institutes of Health, reviewed charges for 19,368 California adults under age 60 who had had uncomplicated emergency appendectomies in 2009 and were sent home after hospital stays of fewer than four days. She [Hsia] and colleagues found huge variations in price, even within the same county.

According to the Herald, those results are not unique and they illustrate “a broken system”. Herald’s article makes a reference to other countries where governments regulate the medical system; as opposed to the United States its free market system:

U.S. critics favor more market competition, yet the study illustrates that “the laws of supply and demand simply do not work well in health care,” said Dr. Howard Brody, director of the Institute for the Medical Humanities at the University of Texas Medical Branch in Galveston and a frequent critic of skyrocketing medical costs.

Including the causes for such disparities such as geographic location, quality and the differences in treatment, based on the studies, both articles claimed that 1/3 of the price could not be explained.

The article in the Herald brings up:

Caroline Steinberg, a vice president at the American Hospital Association, said hospitals partly set charges based on their costs of providing services, which vary by community. Steinberg said if two patients with the exact same condition received exactly the same services in the same hospital, the charges would be similar.

However, the Herald’s article continues with response:

…Hsia said the problem is that most hospitals don’t advertise charges, and sick patients generally don’t get to choose the exact drugs or surgical techniques that are used on them.

The Seattle times concludes with a note on the Affordable Care Act:

Under the Affordable Care Act, all hospitals are supposed to publish their prices for common services by 2014.

Contrarily, the Herald offers this declaration about the ACA:

President Barack Obama’s health care overhaul, now in the hands of the U.S. Supreme Court, would have little effect on the kinds of disparities seen in the study, policy experts say.