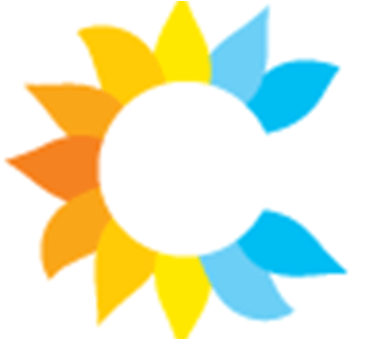 Monday, Columbia United Providers (CUP) and Community Health Plan of Washington (CHPW) were in federal court against the Washington State Health Care Authority laying out evidence that the state’s Medicaid RFP process created an unfair playing field for respondents.  The two plans filed a joint complaint against the state, which included hundreds of documents for review.

The heart of CUP/CHPW’s joint case is that the HCA failed to follow its own RFP rules, as well as state and federal law in the RFP process.  It also argues the HCA was driven by a focus on reducing spending to overlook deficiencies in network adequacy of “apparently successful bidders” (ASBs) in Clark and Wahkiakum Counties.

“HCA conducted a flawed, biased and illegal procurement that was engineered to deny incumbent health plans the opportunity to continue serving their communities so that it could enter into agreements with national health plans that offered dramatic but illusory savings through low bid rates.”

The HCA review of network adequacy requirements by the state was “deficient,” according to the plaintiffs’ brief.  Italics are for clarification and not part of the brief.

“HCA’s seven-member network evaluation team performed its review without taking a single note on their activities. Mr. (Michael) Paulson confirmed that no notes were taken by any of the team members because they “didn’t find it necessary” (yet all other HCA evaluation teams took notes on their review activities). The RFP’s Procurement Coordinator, Susan DeBlasio, acknowledged that the lack of notes from the Binder 2 evaluation team (network adequacy review) rendered quality assurance on the team’s activities “impossible” (and was otherwise “less than ideal”).”

Two examples highlight the weak oversight of network adequacy requirements, which were to have been confirmed before contracts were awarded, according to the brief.

“In Wahkiakum County, the ASBs (apparently successful bidders) to date have contracted with only a single provider located in that county, a nurse practitioner, to serve the needs of the entire county’s managed Medicaid and Basic Health population.6 In Clark County, HCA awarded a contract to one ASB, Coordinated Care Corporation (a/k/a Centene), based on a letter of commitment with a commercial PPO network that has instructed its participating providers that they are under no obligation to contract with Centene, will suffer no detriment if they do not, and where Centene expressly reserved the right not to contract with any of the PPO’s providers and to date has not entered into direct letters of intent or contracts with any of them.

You can read the letter of intent signed by First Choice here, which was submitted as evidence.  Centene’s agreement to use First Choice Health Network as a Medicaid provider network (FCHN is commercial PPO without Medicaid contracts in place) was first brought to light by State of Reform in February. Centene was awarded 100 out of 100 points for network adequacy in Clark County though no contracts were signed with any provider group.

A FCHN Provider Bulletin, released shortly after the ASBs were identified, appeared to back off earlier intentions First Choice may have made to Centene.

According to documents released by the HCA in the discovery process and referenced in a supplemental reply brief from the plaintiffs, in Molina’s RFP response for Clark County, Molina noted it has a provider network in place adequate only to fill the current membership (approximately 1,600).  Molina scored itself 45.92% out of 100 in its submission on provider adequacy.  The Health Care Authority ultimately scored Molina 100 out of 100 points for network adequacy in Clark County.

“Molina itself noted: “Based on Molina’s current membership Molina has sufficient primary care capacity. Molina will continue to pursue contracts with other primary care providers . . . in Clark County.”  As of today, Molina states that it has added only six additional PCPs to its network since it submitted this report.  Despite Molina’s self-reported failing score, HCA inexplicably scored Molina’s PCP network for Clark County as “100,” a perfect score.”

Clark County was the only county in the state where the HCA allowed plans to bid at rates 12-13% below historical norms.  All other counties were allowed only a 3% band off of historical norms.  HCA staff person Michael Paulsen explained why that was the case under deposition by the plaintiffs.

“Paulsen:  I think the analysis that Milliman has done for us has shown that their (CUP) professional reimbursement is higher than it is anywhere else in the state…  It’s higher because they pay their providers more than anyone else pays in the state.

Q:  Is there any compelling reason…for CUP…to pay professional fees higher than anywhere else in the state?

Q:  Has CUP told you there is a compelling reason?

Q:  And what has CUP told you?

A:  That their providers won’t accept less.

David Axene, a long standing actuary in Washington healthcare circles, filed a statement criticizing the state’s acceptance of plan actuarial analysis that was built on letters of intent rather than signed contracts.

“There is no way an actuary would be able to evaluate the actuarial soundness of the bid other than rely on speculative assumptions about what might be able to be produced in future provider negotiations.”

In other words, without a contracted provider rate in place, an actuary can’t reasonably determine a premium rate to bid for the state, according to the documents.

The injunction sought by CUP and CHPW does not ask for a re-bid in Clark and Wahkiakum counties, the two counties of primary interest in the brief.  Rather than the plaintiffs asking for a re-bid for select counties, the relief sought by plaintiffs would effectively shut down the entire RFP process for the state, costing the state over $100 million in already “booked” savings.  The remedy sought is in the brief’s conclusion.

“Based on the foregoing, Plaintiffs respectfully request that the Court (1) enter an injunction that prohibits HCA from entering into contracts with the ASBs until it reforms its procurement process to comply with federal law and its own RFP requirements; and (2) declare that HCA’s actions in this procurement violate federal and state law.”

The judge said he will rule by the end of next week.