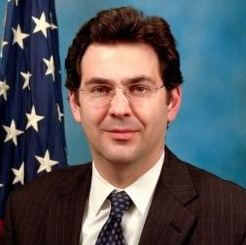 Today the Seattle Times reports that after a year-long experiment in 9 U.S. cities, government officials are saying competitive bidding for power wheelchairs, diabetic supplies and other medical equipment has resulted in $200 million in savings for Medicare. According to the article, written by Ricardo Alonso-Zaldivar:

As a result, the program is expanding to a total of 100 cities next year, along with a national mail order program for diabetes supplies such as blood sugar testing kits. Eventually the whole country will participate.

By shifting to competitive bidding with a limited number of approved suppliers in each area, Medicare will save nearly $26 billion from 2013-2022, the government estimates, and reduce costs for seniors without cutting benefits.

There are mixed reactions to these findings, with strong opponents in the home-care industry:

“With respect to the number of complaints (the report’s) information is downright laughable,” said Walt Gorski, a senior lobbyist for the American Association for Homecare. “It defies logic.” The group represents suppliers of home health equipment, ranging from oxygen to hospital beds.

But as the article reports, government officials are pleased with the results and intend to move forward:

“What we see is that costs are lower and there is no impact on the health status of our beneficiaries,” said Jonathan Blum, deputy administrator for Medicare. “This gives us very strong confidence that we can expand the program. To us, this is a clear success.”