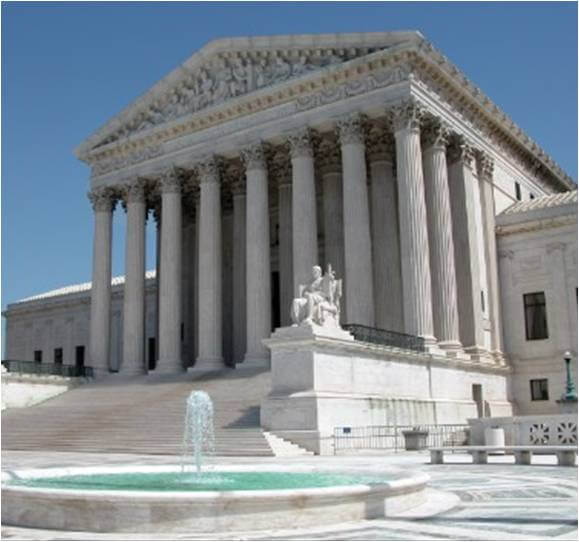 Today, March 26, the Supreme Court began what is to be 3 days of hearings aimed at deciding whether or not the Patient Protection and Affordable Care Act (ACA) is constitutional.  Today’s hearings consisted of arguments from Robert Long, an attorney appointed by the Supreme Court, who made the case that the Court is forbidden to hear suits on the constitutionality of the ACA at this time because of the 1876 Anti-Injunction Act prohibiting litigation on taxation matters until taxes in question have in fact been paid, which in this case would be 2015.

According to Attorney Robert Long in his opening statement:

“The Anti-Injunction Act imposes a pay first, litigate later rule that is central to Federal tax assessment and collection. The Act applies to essentially every tax penalty in the Internal Revenue Code. There is no reason to think that Congress made a special exception for the penalty imposed by section 5000A.”

Both the administration and the attorneys general wish for the Court to act now in its ruling.  They both agree that the argument is not with the ACA’s “penalty” for a lack of insurance, but rather whether or not the ACA violates the Constitution by requiring individuals to purchase health insurance.

On Sunday, Robert Banes for the Washington Post put it this way:

“The 26 states challenging the health-care law, as well as the private organization and individuals who are party to the challenge, also want the court to act now.  The “purpose” of the challenge is to “invalidate the ACA’s mandate that [individuals] purchase costly insurance,” not to block the penalty, wrote Michael A. Carvin, who is representing the organization, the National Federation of Independent Businesses, and private individuals.”

Adam Liptak wrote in the New York Times today that the Obama administration argued early on in trial courts that the penalty is not a tax, but that the administration did not press the issue in appeals court.

Liptak explained further in his article:

Before the Court and in counter against the Obama administration’s claim, Long gave three reasons asserting that the “penalty” within the ACA is in fact a tax:

Chief Justice Roberts opened the door for the continuation of the health care act – at least until 2015 – by closing Monday’s hearings with the following statement:

“Mr. Long, you were invited by this Court to defend the proposition that the Anti-Injunction Act barred this litigation. You have ably carried out that responsibility, for which the Court is grateful.”