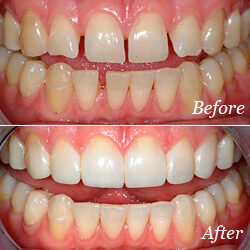 “The wrong service, in the wrong setting, at the wrong time.”  Otherwise known as dentistry in the ER.  It’s on the rise.

In fact, in a Dec 2007 presentation to the state legislature, the Washington State Hospital Association said at the time that dental care was one of the top two reasons individuals presented in the ER.  Think about that for a minute.  If there was a better case for prevention out there, I’m not sure what it is.

Today, the trend is reported to be on the rise nationally.  The AP reports:

– Tennessee hospitals had more than 55,000 dental-related ER visits – five times as many as for burns.

The primary reason given was the low reimbursement rate for dentists taking Medicaid.  Only 10% of doctors in Florida, the story notes, take Medicaid patients.  In Washington, one can guess that the trends are likely still moving in the wrong direction.