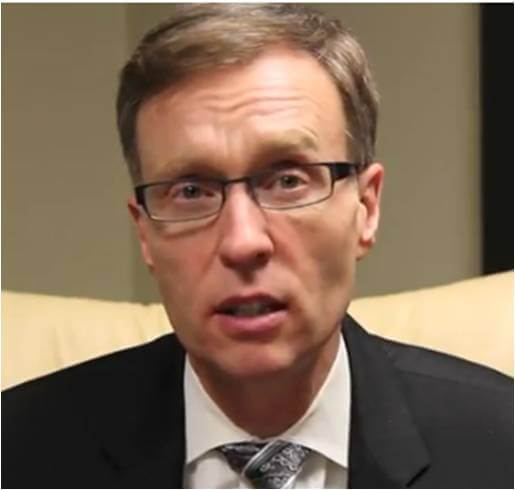 Rob McKenna was the first guest speaker at yesterday’s WSMA conference.  It was a friendly audience, that would have likely given him a lot of love regardless of Rob’s performance.

However, Rob McKenna killed it in there.  He gave a very strong speech, without many notes, showing he was informed on the issue and up to speed on where physicians were on many issues.

The word I kept coming back to was “command.”  That’s what I was thinking to myself listening to McKenna talk on health care.

He worked through a list of 6 questions provided by WSMA, and spoke in an informed and comprehensive way about the industry and health care.  I thought he had tremendous command of the issue in a way that reminded me over and over again of Al Gore.  Gore was the smartest “kid in the class,” so to speak, and was widely considered to be set to destroy George Bush in the fall debates of the 2000 campaign.

While we remember that campaign now for Gore trying to tell us he was, in fact, the smartest kid in the room, up until September, 2000, Gore enjoyed a career known as a smart, well informed policy wonk that was widely considered to be the heir apparent to the Democratic mantle of leadership.

I think there is an important analog here to Rob McKenna.  He showed no signs yesterday of being anything short of impressive, frankly.  Will that ever shift, as it did for Gore when he least needed it?  We’ll see.

Some interesting quotes from Rob’s address.

In response to a question from Dr. Carrie Berwich, from Virginia Mason, who was critical of the McKenna’s appeal saying that if he didn’t like the individual mandate, asking the Supreme Court to strike down the entire law was like throwing the baby out with the bath water.

First of all the baby in the bath water is quite safe, in respect to the program you describe, because if the mandate is struck down, it will be severed from the rest of the law…  If it’s struck down, I don’t think it’s going to affect the rest of the law, and the 11th circuit court of appeals agrees with me.  So that part of the ACA which you favor will remain in effect.

The more I think of it, this highlights a central question that is very hard to address:  if McKenna believes that only the individual mandate is unconstitutional, why throw out the whole law?  The assumption the Supreme Court will only throw out part of it, since the law lacks a severability clause, is a big assumption.  But, in any case, if that were the case that Rob only wanted to throw out the mandate, why continue to sign a brief asking to throw it all out?  There’s probably a good reason, but it’s not yet self-evident to me.

I will, as governor, continue to be collaborative, my door will be open to the State Medical Association.  You will have a friend there.  Whether it’s working towards lawsuit reform, or working towards improvement in these other areas, I look forward to working with you in the coming years.

This line, at his conclusion, led to a standing ovation.  From a policy perspective, I don’t that tort reform will lower costs or improve outcomes – but, boy, this audience loved it.  No surprise there.

Dr. Steve Albrecht, a family physician in Olympia, highlighted the ACA’s two year mandate (2013-2014) where Medicaid rates will rise to Medicare rates to offer an incentive to primary care doctors to take Medicaid patients.  He asked how McKenna would offer incentives like this to support primary care.

We have to continue to incent primary care physicians to do their work, and incent medical students to decide to be primary care physicians, and if that means the state’s reimbursement is maintained at a higher level on par with Medicare, then we need to find a way to fund that.  Because, if we don’t, we’re not avoiding the expense, we’re just shifting it to accruing costs, as economists would say – long lines, long waits, 44 days to see a primary care  physician in Massachussetts, 55 days in some parts of the state – we need to avoid that.  I think that’s intolerable.

This point is one I think the entire room agreed with.  In fact, I’d imagine almost all of state government would agree with this.  The challenge is “how do you pay for it?”

Often, candidates for positions of executive leadership are surprised at how dire the budget situation is once they’ve gotten in office, a la “I knew it was bad, but I didn’t know it was this bad.”  They then have to set aside some of the rhetoric of the campaign where they promised greater investment in this or that.

This could well be the case here:  McKenna doesn’t have his hands around the enormity of the budget hole.  However, I just cannot imagine that to be the case given how smart and well informed McKenna is.

So, I think the key question for McKenna is this:  to pay for this kind of incentive, as well as all of the investments in education you’ve said you want to make, how are you going to pay for all of this?  If you’re going to ask for tax increases, which ones?  If you’re going to reform government to find savings, how are you going to do that (particularly given the penchant of the state employees to sue over such reforms that threaten their jobs)?