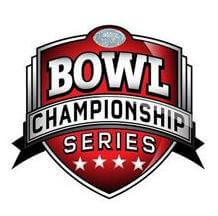 WHAT THE BCS AND HEALTHCARE RANKINGS HAVE IN COMMON

It’s that time of year again, when college football enthusiasts eagerly await the matchups for the annual bowl games. And the “winners” for 2011 are in….and out, as the case may be.

For years, sports commentators, fans, coaches and players have expressed mixed emotions when the final matchups are announced. There are the smug, like this year’s rematch between LSU and Alabama. Then there are the surprised, like Frank Beamer and his Hokies getting the at-large bid to play Michigan in the Sugar Bowl. And then there are the aghast, like Boise State and Baylor, who have been relegated to lesser bowl fame, based on this year’s rankings. It begs the question – do the bowl matchups award some based on solid talent and performance, but let others ride in on their reputation and historical records in order to maximize the financial impact for a particular sponsor and host city?

A similar phenomenon occurs in the healthcare world as well. Granted, healthcare awards do not attract quite the same level of interest from the common man, nor do the rankings come replete with hard cash, but some of the rankings do favor popularity and name recognition over results.

For instance, some would argue that Johns Hopkins is the equivalent of LSU or Alabama –yes, they have reputation, but they also show consistent results. Then, there is UCLA Medical Center, sort of like the Hokies, in that they were humbly honored by being named to US News & World Report’s list of top hospitals in 2011. Then, there was Case Western Reserve University and MetroHealth Medical Center, which felt more like a Boise State, and believes that the US News rankings are a better measure of reputation than they are of quality care.

But the truth is, quality of care and reputation should not be an “either/or” proposition – for the successful hospital and health system, it is a “both/and” pursuit to excellence.

It is the core business of hospitals and health systems to provide high quality care. There is no hospital in the country that does not prioritize improving the quality of care in its annual goals, and for many it is even part of the enduring mission statement. Additionally, while quality may be defined in different ways by different people, the last decade has seen a rise in standardized measures of quality from a number of government and private sector leaders. Whether it is mortality rates, “never events” or HCAHPS scores, the data include comparative measurement around both clinical outcomes and patient perceptions of care.

So, while healthcare organizations must continue to focus on and improve the quality of healthcare, the best health systems are also investing in building their reputation. As the healthcare industry continues to consolidate and as health reform encourages more collaboration among providers and rewards best practices, all players in the industry could benefit from a little Reputation 101. Whether you wish to position yourself as an attractive partner in the brave new world of healthcare or you are preparing yourself to be acquired, reputation building is essential.

Ranking for ranking’s sake is not enough. And “studying to the test” to achieve the latest metrics won’t cut it either. But reputation building will serve as the foundation to your organization being one of the self-assured in the rankings – your reputation will precede you, and the quality of your product will back you up.

This post is copied from Lisa Kersey’s post at The Buzz Bin, via Ragan’s Health Care Communication News.