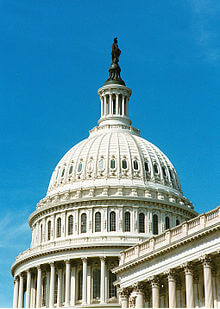 TWO OBSERVATIONS ON THE CURRENT STATE OF FEDERAL HEALTH POLICY

As I write this, I’m on a plane back from a series of good meetings with various health care staff from the Washington and Oregon delegations, as well as medical association groups and a few national think tanks.  It was a good few days of meetings.  However, I’m struck by two things that have crystallized for me in a way that is significantly clearer to me now than before.

That said, one staffer pointed out to me what I guess should have been obvious:  there has been a tremendous flight of health policy talent away from Capitol Hill in the aftermath of the passage of the Affordable Care Act.  People wanted to leave on a high note, she said, and the prospects of doing something comparable scope on health policy in the near future were slim.

In some cases, folks have moved to “K Street,” taking lobbying positions.  However, their client mix often does not include health care companies, so their expertise and experience from the 2009-2010 effort is untapped.  On the other hand, a considerable number of staffers have left politics all together, going into the Peace Corps or law school.

Add to that the considerable gridlock of a divided Congress, the pressure to cut programs brought by the deficit, and the 2012 presidential election (which on the Republican side frames the Affordable Care Act as anathema to American prosperity), and you get staff members who are frustrated with the topic of health care altogether.  It is simply a tough time to talk about health care at the federal level.

But beyond that difficult context, there is simply a shortage of staff who remain with the first hand experience from the federal reform conversation (the indefatigable Paula Burg in Sen. Murray’s office is an important and noteworthy exception).

Second, I continue to be genuinely shocked at the thin understanding of Medicaid among folks generally in Washington DC.  For instance, a leading lobbyist for a national medical association said to me frankly “I know next to nothing about Medicaid.”

This is in large part because it is such a state-centric program, where because each state does it differently, it makes expertise on a national level tremendously difficult to accumulate.  Even those think tanks working on state-level health care often approach their topic in a case-study fashion.  They examine one state, or a handful of states, at a time.  Again, this is primarily due to the practical difficulties of getting one’s research or policy arms around such a complicated and nuanced program.

This isn’t meant to be a slight of the very hard working folks in DC.  In many cases, lobbyists and staff across the board want to promote innovation in Medicaid.  They know this an important policy area, and they know there is potential for tremendous change in the market at large through changes in Medicaid.  However, they seldom quite know where to start the conversation.

Both of these points makes engagement by leading health care players in Washington, Oregon and Alaska with their federal delegation all the more important.