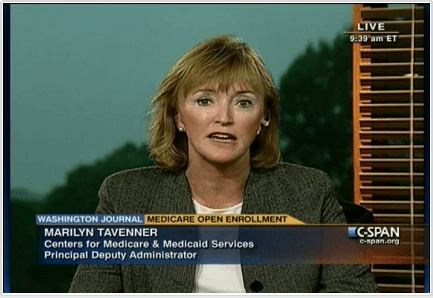 QUESTIONS ABOUT MARILYN TAVENNER AND CMS

The news that Don Berwick is stepping down as CMS administrator was not much of a surprise.  It had been expected for months given his inability to get a hearing for confirmation in the Senate.  However, what is surprising is how little work has been done to look ahead to a post-Berwick CMS and what that will mean for Medicare and Medicaid.

Last week, the Commonwealth Fund had an interesting analysis of questions facing Marilyn Tavenner, Berwick’s interim replacement.  The Commonwealth Fund describes itself on its website as “a private foundation that aims to promote a high performing health care system that achieves better access, improved quality, and greater efficiency, particularly for society’s most vulnerable, including low-income people, the uninsured, minority Americans, young children, and elderly adults.”

Tavenner ran the Virginia Medicaid under former Governor Tim Kaine.  That perspective, some say, could be critical to helping states like Washington navigate through an often cumbersome SPA approval process.

“Former Medicare and Medicaid administrator Gail Wilensky, now a senior fellow at Project HOPE, agrees, saying Tavenner “is likely to be especially sensitive to the issues and sometimes frustrations that states historically have had with the agency,” including “timeliness or lack thereof” on decisions relating to waivers and other issues. Diane Rowland, executive director of the Kaiser Family Foundation’s Commission on Medicaid and the Uninsured, said Tavenner’s experience also will help in establishing state-based aspects of the health care overhaul. “It will help her to have a grasp on the state challenges as health reform is implemented,” Rowland said.”