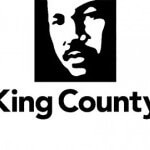 King County Public Health today released a list of retailers that have been caught selling tobacco to minors.

The release said that 15% of the time that undercover checks were conducted a retailer would sell tobacco to minors.  That number is up over the last five years from a 7% rate in the previous test.  Dr. David Fleming, the Director of Public Health – Seattle & King County, said that progress was made but that there was still work to do.  From the release:

“We’ve made progress over the past ten years in reducing the impact of tobacco addiction in our community, but we need to keep this good work going,” said Dr. David Fleming, Director of Public Health — Seattle & King County. “As funding for proven tobacco prevention programs is eliminated statewide, the tobacco industry continues to find new ways to market products that appeal to kids.”

The tobacco industry has responded to tougher federal regulations around the marketing and advertising of cigarettes with new tobacco products that are attractive to youth, such as dissolvable tobacco that closely resembles gum, candy and breath strips, and cigars, cigarillos and snus (teabag-like pouches of tobacco) in flavors such as peach, chocolate, strawberry and grape.

Data on the impacts of smoking were also included.  Since the mid-1990’s, there has been a considerable decline in the percentages of smokers in the population.  However, public health folks will tell you there is good reason to be vigilant.

Sales of tobacco to teens are a high concern because most adult tobacco addictions start in youth; 90% of current smokers became addicted before they were 19 years old. Overall, about a third of all kids who become regular smokers before adulthood will eventually die from smoking. Tobacco use is the leading cause of death in King County, leading to 1,990 deaths per year and $343 million in medical care costs, lost productivity and other expenses.