The Commonwealth Fund released its 2020 Scorecard on State Health System Performance on Friday, offering a state-by-state comparison on a broad range of health indicators. These recent findings include data collected prior to the COVID-19 pandemic.

The new scorecard includes a total of 49 measurements which are grouped into four different categories. “Access and Affordability” includes measurements such as rates of insurance coverage and cost barriers. “Prevention and Treatment” measures preventive care and quality of care in hospital, ambulatory, and long-term care settings.

From a national perspective, this year’s report points to several concerning trends:

The increase in premature deaths is a prime example of some of the disparities seen in the racial and ethnic equity data highlighted in this year’s report. Recent data shows that Black individuals are, on average, twice as likely to die early from treatable medical conditions than white individuals. In 2016-17, notes the report, Black individuals were more likely to die early from treatable conditions in every single state. 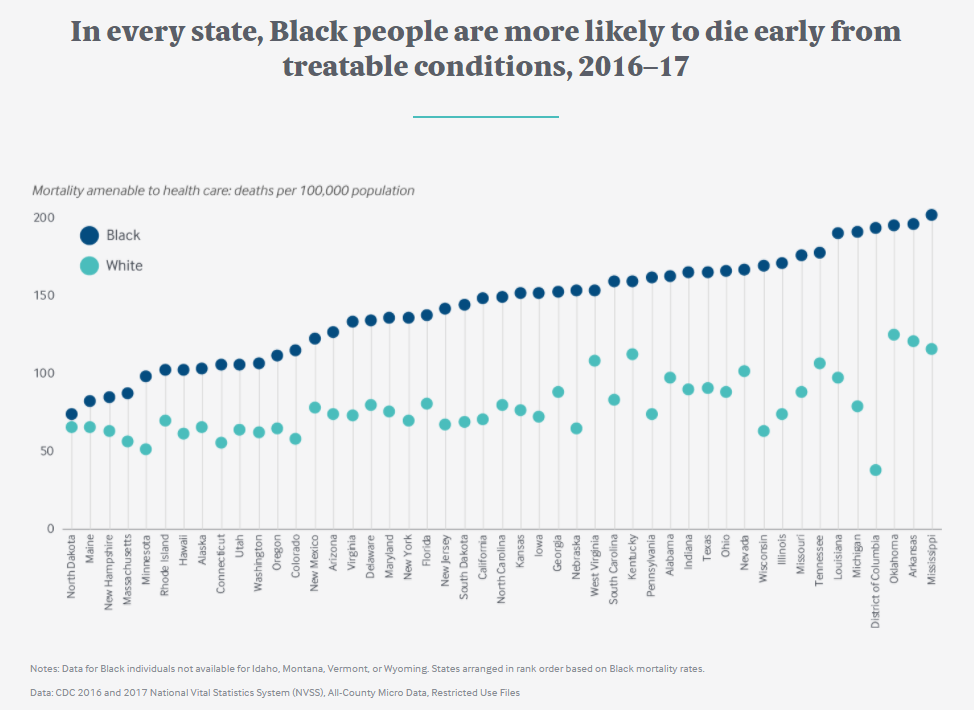 Broken down by individual states, the data reflects wide variation in health indicator rankings across the country. In the West region specifically, the results were a mixed bag.

Hawaii once again took the top spot as the highest ranked state health system in the 2020 Scorecard. Hawaii was in the top 10 for all categories including #1 rankings for avoidable hospital use and costs and healthy lives. The state also performed well on prevention and treatment (#2) and access and affordability (#3). Hawaii’s lowest ranking was for measurements of disparity (#10) where the state has dropped 8 rankings in recent years.

Washington State also performed well with an 8th overall ranking. High rankings for avoidable hospital use and cost (#6) and healthy lives (#9) balanced out more average rankings for disparity (#20) and prevention and treatment (#26).

The report highlights Washington’s hospital 30-day mortality rate and the number of children without all recommended vaccines as the state’s bottom ranked health indicators, while infant morality, employee insurance costs as a share of median income, and potentially avoidable ED visits for those 18-64 as its top ranked indicators. 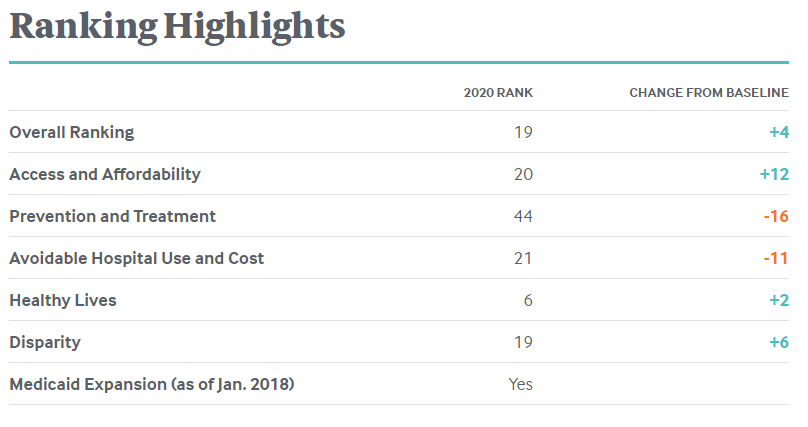 The scorecard indicates California’s measurements for adults who smoke, nursing home residents with an antipsychotic medication, and home health patients with a hospital admission as the state’s top ranked indicators.

Indicators that worsened in ranking include: adults with any mental illness reporting unmet need, preventable hospitalizations for those aged 19-64, and children who did not receive needed mental health care.

Alaska performed below the national average, coming in at an overall 32nd ranking, though all 5 categories showed improvement compared to baseline. The state shows significant variation in its individual category measurements, ranking as high as 8th for avoidable hospital use and cost, to almost last at 48th for prevention and treatment.

Unmet mental health needs for adults and alcohol-related deaths have worsened in recent years, while measurements related to breast cancer deaths and children who did not receive needed mental health care were the most improved indicators. 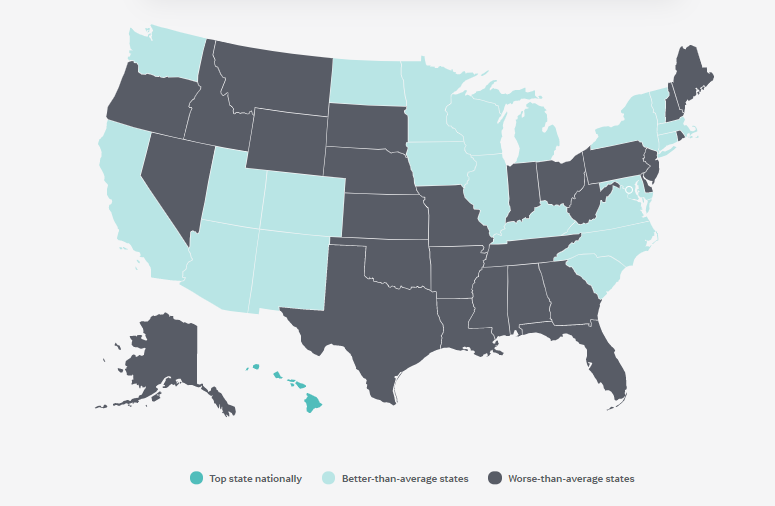 Detailed information organized by topic or state is available here.