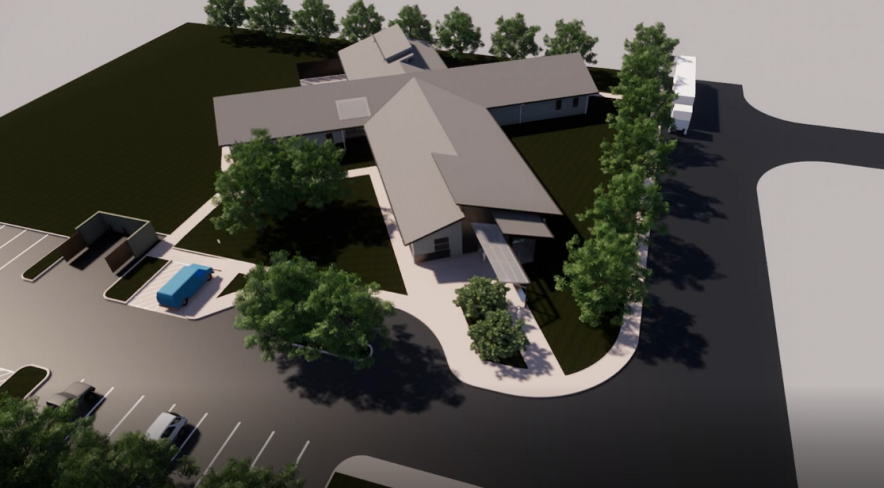 Commissioner Jill Johnson is the Chair of the Board of Island County Commissioners. Her district (#2) encompasses the greater Oak Harbor area. We spoke with Commissioner Johnson about the recent groundbreaking of the Island County Stabilization Center, a facility offering temporary stabilization for those in chemical dependency or mental health crisis serving North Skagit, San Juan, and Island Counties.

Emily Boerger: To start off with, can you give me the rundown of the stabilization facility? How many beds? Who will it serve?

Commissioner Jill Johnson: “So, it’s a 10-bed facility and it’s for individuals who need to be stabilized for either mental health crisis or chemical dependency — it will stabilize either one. It’s intended to be short-term, and either you get linked up with community resources once they have you stable, or you can stay there until a more permanent bed opens up. But it’s a voluntary facility.”

EB: Why is a facility like this important for your region?

JJ: “So, we’re a 52-mile-long island — which is like the distance from Bellingham to Everett — without a facility. So, depending on where you are on that 52-mile island, you may be an hour to an hour and a half away from a facility. And that also means that law enforcement is less motivated to help you get there.

I mean, we’re connected because we have a bridge on one side of the island and ferries on the other – but we still are very remote. And there’s upwards of 56 – 60,000 people on this island, without any type of care. So, you start to really realize how vulnerable your systems are.

We’re constantly sending out first responders to try to stabilize people in their community. We spend a lot of time on these prevention models because it’s difficult for folks to access the kind of care that they really need to start the recovery process. And so, this is really our first tool on the island that’s able to do that.”

EB: What was the planning process like for the facility?

JJ: “Our facility went really fast. The county actually bought property in 2017 – 7 acres of property. And the plan is to put supportive housing and this stabilization center on that land. So, once we bought the land, we put together a legislative ask.

In 2018, we had a legislative ask for $4 million. And Rep. Norma Smith got that in the capital budget that first year. And everybody told me, “it’s going to take a couple years, you’re going to have to work your relationships…” So I thought for sure it would take a while. But then Rep. Smith sits on the Capital Budget Committee, so she got it. So, right off the bat we were ready to go.

We got the design of the facility back… and the facility is going to cost about $6.5 million when it’s all said and done. So, we got another legislative allocation of $1 million, and then the county is putting in the difference.

But, I have to give Norma Smith credit. We bought this property and said, ‘We have property and we’re ready to go…” And once you have the site, the state was very amenable to funding the facility.”

EB: How was the actual groundbreaking event for the stabilization facility?

JJ: “Representative Norma Smith was there and then my two other colleagues – Commissioner Price Johnson and Commissioner St. Clair — and then local law enforcement, our district court judge was there, and Joe Valentine from the North Sound Behavioral Health Organization, and the Health Care Authority came as well.

It was actually pretty amazing. We did this art project where they designed the outline of an oak tree and then everybody there had paint put on their hand, and you put your handprint on it as leaves. And that’s going into the facility as an art installation. It was just kind of our way of letting people who are in the facility know that they’re being uplifted by members of the community. And that’s kind of why this was important to us, to just speak to that intention of not just that we have this facility in our community, but that the intention behind it really is that we’re caring for people in the appropriate way for the needs that they have.”

EB: It sounds like this is a passion of yours. What does it mean to you both professionally as well as personally that this facility is moving forward?

JJ: “I mean, there’s not that many times in your life where you can do something that you know is going to directly impact people, right? So you hope policies do, but this is kind of this physical embodiment of a safe place for people to go and begin that treatment process. And so, for me, just being able to be a part of helping to create that in our community was huge.

And also, just personally, mental health is something that I’ve been surrounded by my whole life and certainly have been impacted by with close family relations. I’ve seen people in crisis and I know that the community sometimes stigmatizes who these people are. But I know who some of these people are and I think what the community doesn’t realize is how many people they come in contact with who really do need these types of services when they hit that crisis mode. And, it’s not just that homeless person. Sometimes it’s a teacher, sometimes it’s a banker, sometimes it’s the person that you know who checks you out at Safeway – they are people you see every day. And when they hit that crisis point, they need help.

I mean, these are lives. And I don’t want to be dramatic about it, but I just can’t imagine accomplishing something greater than helping put a care system in place to serve your community when they’re the most vulnerable. That’s kind of a big thing.”

EB: When is the facility scheduled to be open and begin serving people?

JJ: “I would say by this time next year we should be open to serve the first member of our community. It won’t take longer than a year. The goal is to have it open by the first part of October.”