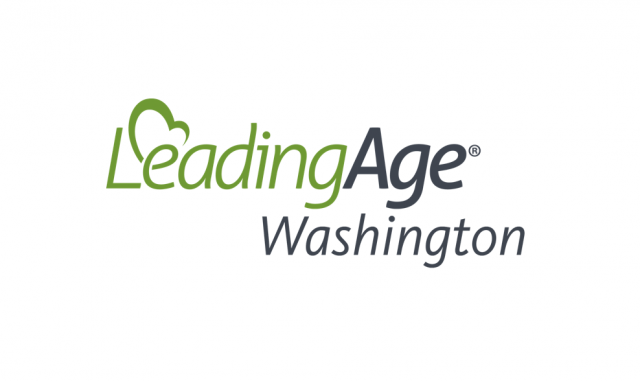 LeadingAge Washington is a statewide association that represents nonprofits and mission-focused senior care providers. The association represents about 170 member organizations and advocates for funding and policy to support the care and housing of low-income seniors.

Emily Boerger: Can you give me some background on the issue of skilled nursing facilities closing in Washington? When did it start and what’s the scope of the problem?

Deb Murphy: “Well, periodically the state has seen some skilled nursing facilities close. Back in 2007 or 2008, during the time of the housing collapse here in our state, we experienced a few facilities close. But the recent closures are different in that, since February 2017, we’ve seen facilities closing with greater frequency now totaling to approximately 17.

Most of these closures have occurred over the last six months and we’re anticipating at least two more facilities will announce closure within the next several months.”

EB:  Why do you think this is happening?

DM: “The reason that is often times cited by the facilities is the inadequacy of the Medicaid rates paid to provide the care and services to the residents. If you think about our payment system, and if you understand how it works, you would know that the payments are essentially updated every two years by the state.

When they payments are updated, they rely on cost report data that was filed and reflective of the cost of care from two years ago. So, those payments aren’t current with today’s cost experiences. There’s a significant lag then between the costs that the facility is incurring and the rate of payment that they’re receiving to care for low-income seniors. At its worst, the lag is 42 months between the rate paid and costs incurred to care for seniors in nursing facilities.”

EB: Is two years enough to make a big difference?

DM: “Yes, so Emily that is another big change or impact that is occurring today from prior periods. Skilled nursing facilities are pretty used to being “rebased” — or rates being updated — every two years. It’s been a part of our payment system for quite some time. What they’re not used to, and what’s been recently occurring, is the mandated jump in minimum wages paid to caregivers and other staff.  Particularly for those facilities  located in the greater Seattle area.

The pace with which those wages are increasing aren’t being captured in today’s rate of payment because of that 42-month lag, worst case scenario, and in the best case scenario there’s a 2-year lag. So those lagged payments aren’t capturing the current wage requirements for the skilled nursing facilities to be able to effectively meet the minimum wage mandates and compete to hire the staff needed to provide care and services.”

EB: If the discrepancy is mainly from minimum wage increases, do you think that it will fix itself at the next rebasing?

DM: “Great question, and it sounds like you get it. It will help to close that gap but it won’t fix the problem. Because again, it’s two year old data even with annual rebasing and wages continue to increase year over year. You not only have minimum wage going up, but you also have other wage compression occurring within a facility so the problem is compounding.

We asked for annual rebasing this past legislative session. So, we went to the legislature and said, “can we please rebase July 1, 2019 and start to close some of that gap now, as opposed to waiting yet another year because of the fragility of the nursing facilities out there in the system.” And the legislature said no. So we now are having to wait one more year before they can be rebased, before we can hopefully slow or curtail the closure of facilities.

But ideally what you’re doing in conjunction with rebasing every year, is you’re adding an inflation adjustment on the two-year-old underlying cost data so that it better reflects today’s costs. It’s really a two-step correction that’s needed — annually rebase and upwardly adjust the underlying cost data.”

EB: I also want to ask you about the letter you sent to the legislature, asking for emergency funding to address the issue. Have you heard anything back?

DM: “Yes, we’ve been getting some positive responses from some legislators asking, “what can we do to help,” and expressing support. We’ve got a meeting coming up in mid-August, for example, with Senator O’Ban. But, unfortunately we haven’t had a positive response from those legislators in more leadership positions. So, for example, Representative Ormsby or Representative Cody, or Senators Rolfes or Cleveland.

And I know calling for an emergency legislative session for emergency funding is a really long shot, but in our opinion, there is a crisis occurring. And that crisis is: residents are having to be relocated out of their homes. These facilities become their home and they’re being dislocated. So one example is Vashon Community Care Center which recently closed. Those residents are having to now seek skilled nursing facility care off the island, which creates a distance problem and an access problem for their family members and friends who now are not able to come and visit with them at all or as often as they might have previously visited. There’s an expense, there’s a hardship particularly given the ages of spouses and friends.

Another one of our member-facilities that recently closed is Seattle Keiro Northwest. That is a facility that serves about 110 Japanese-American residents in a very culturally supportive community. They had food and other dietary preferences and activities that reflected their culture, they had caregivers that spoke their language and who are, themselves, Japanese. Keiro Northwest was a microcosm of the International District. Now these residents are displaced in culturally-mixed facilities that don’t have that same level of cultural support and attentiveness. That’s obviously, very disruptive to that community.

Other facilities that are closing are rurally-located. Residents are having to be relocated to more distant skilled nursing facilities, taking them away from their own community where they grew up, lived all their lives — their families and friends and connections and community.”

EB: Going back a bit, you mentioned a lack of support from leaders in the legislature. I read in Austin Jenkins’ reporting on Keiro that Rep. Cody said she thought the closures were more a result of there being good community-based alternatives in Washington. What’s your response to that?

DM: “I would say by and large, no. The residents you see in skilled nursing facilities are pretty high-acuity residents and the vast majority cannot be cared for in assisted living or in adult family homes or in an in-home setting with a caregiver. These are residents who are quite frail with very complex medical conditions that need the 24/7 oversight and intervention of a registered nurse.

At some point the state has to step up and pay their share of the cost of caring for low income seniors in our state in our licensed settings.”

EB: Is there anything we haven’t touched on that you want to make sure that I know?

DM: “I think the only other comment I would make regarding alternative placement options is the Seattle Keiro example.  Keiro had some low-acuity clients in that setting, but there’s no culturally comparable alternative community option for placement.  So the issues are kind of on the ground and each story can have some unique aspects and features to it.

To simply look statewide and say, “oh there’s enough capacity,” kind of misses the heart of what’s occurring and the challenges that these residents and their family members are faced with. Macro to micro [are] very different human interest stories.”